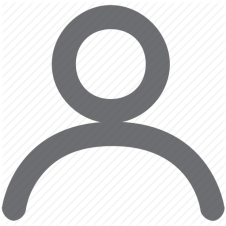 Paul Alster has been a horse racing broadcaster and journalist for over three decades. Originally a race commentator, he has worked extensively as a TV presenter and pundit, form analyst and tipster, betting reporter, SP Returner, racing manager, and has bred and owned racehorses in Britain and overseas.His favourite horse of all-time is the Michael Dickinson-trained chaser Wayward Lad, arguably the best horse never to win the Cheltenham Gold Cup. @paul_alster

By Paul Alster
A number of quality staying chases took place in Britain on Saturday so it should come as no surprise to see the connections of horses who ran well and who could line up for the Randox Health Grand National at Aintree on April 4, looking ahead to the publications of the weights for the great […]

By Paul Alster
Crisp & Richard Pitman sail over Bechers Brook 1973 Grand National Steeplechase pic.twitter.com/dNShOWqU9k — Anaglogs Daughter (@AnaglogsDaughtr) 17 December 2014 Every Grand National provides a story filled with joy and triumph, and tears of both happiness and frustration, but there can be few if any renewals of the greatest steeplechase in the world that epitomise […]

By Paul Alster
Kimberlite Candy after an impressive win at Warwick today. Next stop the Grand National? pic.twitter.com/L54j6erUPO — Paul Fulford (@PaulFulford) 11 January 2020 Leading National Hunt owner JP McManus has won it all in this sport and owned some of the most popular horses in modern times. Among the greatest racing moments for the likeable Irishman […]

By Paul Alster
As a Grade 1 non-handicap it is impossible to argue against the fact that the Cheltenham Gold Cup is the highest quality steeplechase, not just in Britain, but in the world. Few winners of that great race have taken their chance in the mile longer Grand National, and those that have, have enjoyed mixed fortunes. […]

One more National assault for Arthur

By Paul Alster
When the Lucinda Russell-trained One For Arthur powered up the Aintree run-in to land the 2017 Randox Health Grand National under Derek Fox, he became only the second Scottish-trained winner, following Rubstic in 1979. On April 4, 2020, the grand staying chaser will also attempt to become the third such winner of the world’s greatest […]

Making the most of your day at the Grand National

By Paul Alster
Anyone who has watched the Randox Health Grand National on TV knows what a thrilling spectacle the race is and just how extraordinary the participating athletes, both equine and human are. There’s nothing like seeing the great race for yourself though. A trip to Merseyside to join the throngs on the first Saturday in April […]

By Paul Alster
The Randox Health Grand National is a unique race, run on a unique course, sometimes won by a horse who simply takes to the challenge of the marathon distance and the daunting 30 spruce fences more readily than it does on regular park courses. Over the years we’ve seen some horses become true Aintree Grand […]

By Paul Alster
After 54 years of frustration and despair, the Coral Welsh National finally came home at Chepstow on December 27. Trained by Christian Williams at Ogmore-By-Sea in Glamorgan, the gallant Potters Corner ended the home drought in some style under a fine ride from 17-year-old conditional rider Jack Tudor, staying on strongly in bog-like conditions after […]

By Paul Alster
Le Breuil edges Discorama in action-packed National Hunt Chase https://t.co/pBx4UqUVPd pic.twitter.com/aLsmI55oSU — Racing Post (@RacingPost) March 12, 2019 If ever there was a horse made to tackle the four-and-a-quarter miles and thirty fences of the Aintree marathon that is the Randox Health Grand National, then the Ben Pauling trained Le Breuil is it. Whether he […]
We are using cookies on this website to ensure you get the best user experience. If you continue to use our site we will assume that you are ok with it, alternatively, you can choose "Read more" to see what cookies entails.OkRead more