In a race for the ages, 18-1 shot Potters Corner denied the fast-finishing bottom-weight Walk In The Mill to win the 2020 Virtual Grand National, earning himself and rider Jack Tudor a place in the virtual history books.

Trained by Christian Williams, Potters Corner, a ten-year-old who was last seen winning the Welsh Grand National in December, hit the front in the home straight and was cheered home by many in the virtual packed Aintree stands – a sight for sore eyes that are now used to social distancing, racing behind closed doors or no racing at all!
Tiger Roll, who won the 2018 Virtual Grand National as well as the 2018 and 2019 real-life versions, was sent off the 5-1 favourite as he attempted to record another National success but could finish only fourth to the dismay of punters and history enthusiasts.

The much-anticipated contest produced more drama than you might normally witness in a computer game with numerous fallers and thrilling developments throughout, not least when 66-1 shot Aso unceremoniously came to grief when well clear at the second-last fence.

Jockey Charlie Deutsch, who was seeking his first win in the Aintree showpiece, and trainer Venetia Williams, successful with 100-1 outsider Mon Mome in 2009, were left heartbroken and shocked as their charge threw away his chance of creating history when crumpling on landing. It was a case of what might have been for the partnership, who may not remember this day fondly in years to come.

Potters Corner took advantage and surged through for Wales, in the process making winning rider Tudor the youngest jockey to win the Grand National since Bruce Hobbs on Battleship in 1938. 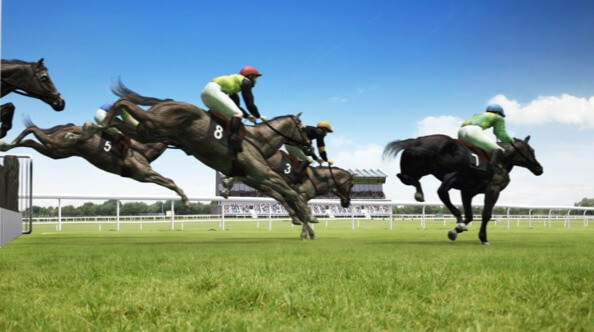 Intriguingly, Tudor was not even qualified to ride in the real Grand National at the time racing shutdown, having not ridden enough chase winners. When luck is on your side, things go well for you.

Walk In The Mill threatened in the straight but could never quite get on terms with the winner despite his strong late burst, while Any Second Now stayed on for third.

Tiger Roll looked like winning for a long way and went clear of his rivals well into the final circuit but faded late under his hefty weight of 11st 10lb.
In total, 19 horses completed the 4m2½f Grand National course, while 14 runners fell or unseated their rider and seven refused.

Williams and Tudor weren’t the only winners though, with bookmakers donating all profits from betting on the event, for which stakes were limited to a maximum of £10 win or £10 each-way, to NHS Charities Together, an organisation that represents more than 140 NHS charities.

In the absence of any other live sporting events, interest in the Virtual Grand National had snowballed in the last few days.

Public health and safety measures caused the 2020 Grand National at Aintree to be called off in mid-March, but the virtual equivalent, hosted by Nick Luck on ITV and called by Stewart Machin, stepped up to the plate and created a buzz the nation needed.

Although it is not the real deal, the virtual Grand National is a computer-simulated version of Aintree’s world-famous steeplechase, designed by Inspired Entertainment. They used computer-generated imagery (CGI) to recreate, as accurately as possible, all aspects of the race such as the course layout and National fences.

The simulation itself is made up of mathematical algorithms using data taken from the horses’ previous performances. The race’s outcome uses a number of factors such as age, weight, form and weather conditions but also contains details such as fallers, unseated riders and collapsing fences.