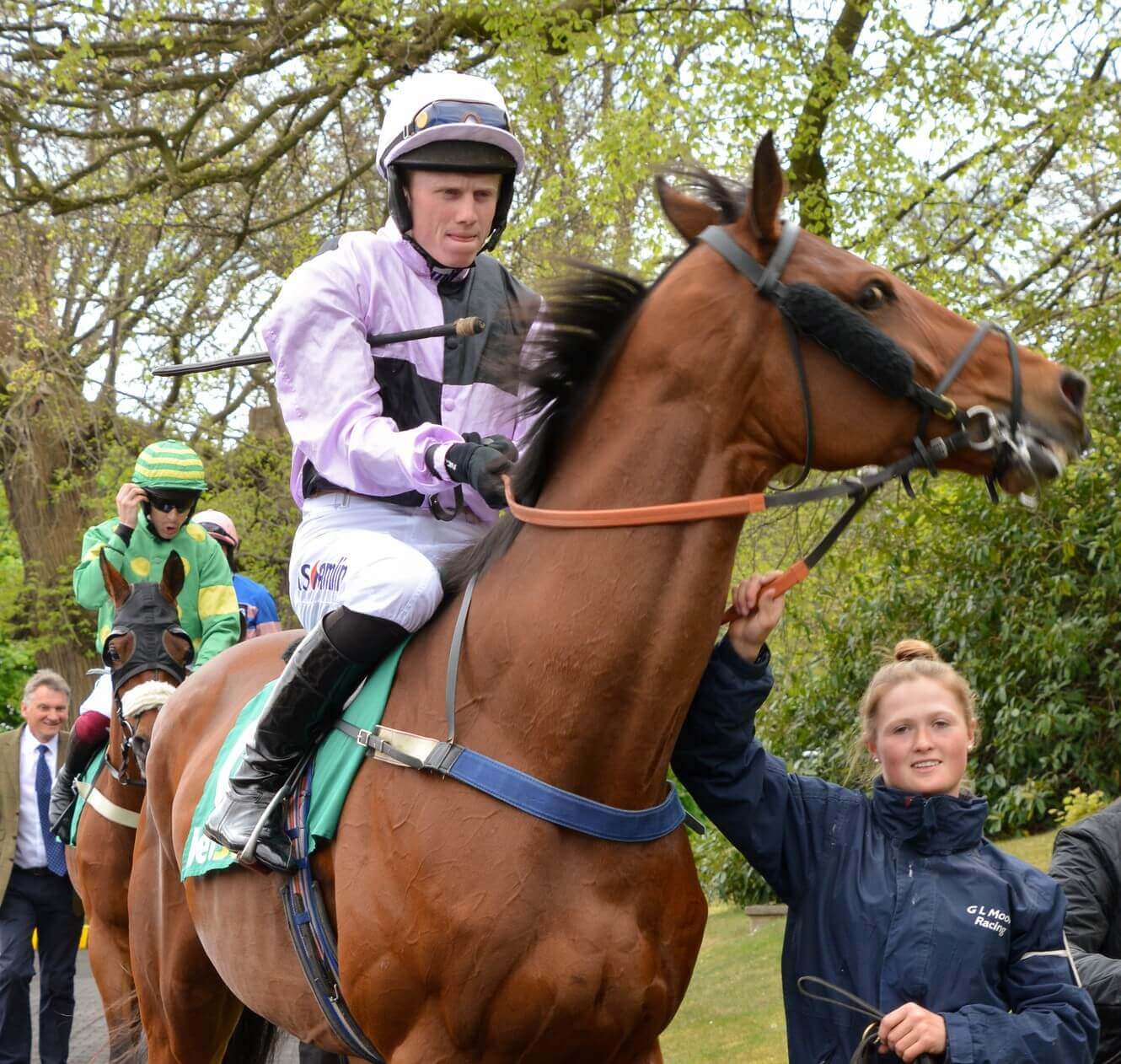 Traffic Fluide: Photo by Carine06 is licensed under CC BY-SA 2.0

From the regular punter’s point of view the Grand National is one of the ultimate challenges. With so many unique variables such as weight, extreme distance, going conditions, adaptability to the giant fences etc., serious study of the form book is required, but for most once-a-year punters the name of the horse is often the deciding factor.

Those who may choose a horse based on the name of a relative, a location with which they are familiar, or a moniker that amuses them make up a large percentage of Grand National bettors, while others might make a selection based on the jockey’s colours reflecting their favourite football club, or an outfit they wore recently to a wedding!

There have been occasions though during the 181-year history of the world’s greatest steeplechase when the winner has reflected current events or been wholly appropriate to the cavalry charge itself, and none more so than the horse who landed the very first renewal in 1839. Given the large amount of luck so often needed to avoid trouble in the race, he was called Lottery.

There are a number of tenuous links that can be drawn from the names of Grand National winners over the subsequent 99 years, but in 1938, with Britian preparing for a likely war with Nazi Germany and ship building going on apace, an 11-year-old gelding called Battleship, ridden by Bruce Hobbs – who at just 17 remains the youngest ever winning Grand National rider – could hardly have been a more appropriate choice. He triumphed at odds of 40/1.

Famous Seagram success for the sponsors

In more modern times there have been at least three well named Aintree heroes. Back in 1984 the North American whisky distillers Seagram stepped in to sponsor the Grand National at a time when the race was in some danger of being lost due to commercial pressures. During the seven years they put their name to the four-and-a-half-mile marathon the Merseyside marathon began a distinct revival that proved the catalyst for the worldwide international sporting event it is to this day.

It might have seemed just too much to ask for a horse carrying the same name as the outgoing sponsors to win the 1991 Seagram Grand National, but the Josh Gifford-trained Seagram, given a great ride by Nigel Hawke, came with a powerful late run to catch the Cheltenham Gold Cup winner Garrison Savannah halfway up the run-in and gain a famous success that gave headline writers a day to remember. He was returned at 12/1.

The general public waded in to support Party Politics as the Grand National came just five days prior to the 1992 British general election in which John Major’s Conservative party subsequently trounced the Labour party, led by Neil Kinnock. With the nation gripped by aggressive electioneering and political billboards on every street corner, punters joined a nationwide gamble which paid off in spectacular style.

Rule The World rises to the top

And if there was ever a horse named to win the toughest horse race on the planet, the Mouse Morris-trained Rule The World (33/1) was it. Although he’d never previously won a race over fences, the enigmatic nine-year-old took like a duck to water to the giant spruce obstacles and duly handed out a six-length beating to the gallant runner-up, The Last Samurai.

So what of next month’s renewal, I hear you ask? Which are the most appropriately named horses this time around? A lot may yet depend on current events, but of the 89 still engaged in the £1million contest there are two that have so far caught my eye.

Given the fears sweeping the world following the outbreak of the coronavirus, and with international travel grinding to a halt, wouldn’t it be ironic if a horse called Traffic Fluide were to lift the great race. Trained by Gary Moore, the talented 10-year-old was returning from a very long absence when in the process of running a blinder in the Grade 1 Betfair Ascot Chase at Ascot last month when coming down at the final fence while upsides eventual winner Riders Onthe Storm.

If none the worse for that spill, Traffic Fluide, a top priced 40/1*, would be a very interesting contender.

And in a race where literally anything can happen and fortune so often favours the brave, Takingrisks may prove a popular choice. Trained in Cumbria by Nicky Richards, he produced a 25/1 shock last season when landing the four-mile Scottish Grand National at Ayr. We already know he stays well, so having won the Listed Rehearsal Chase this term the 50/1* chance could attract money on the big day. His standout name would look highly appropriate on the Grand National roll of honour.