Could champion jockey-elect be without Grand National mount? 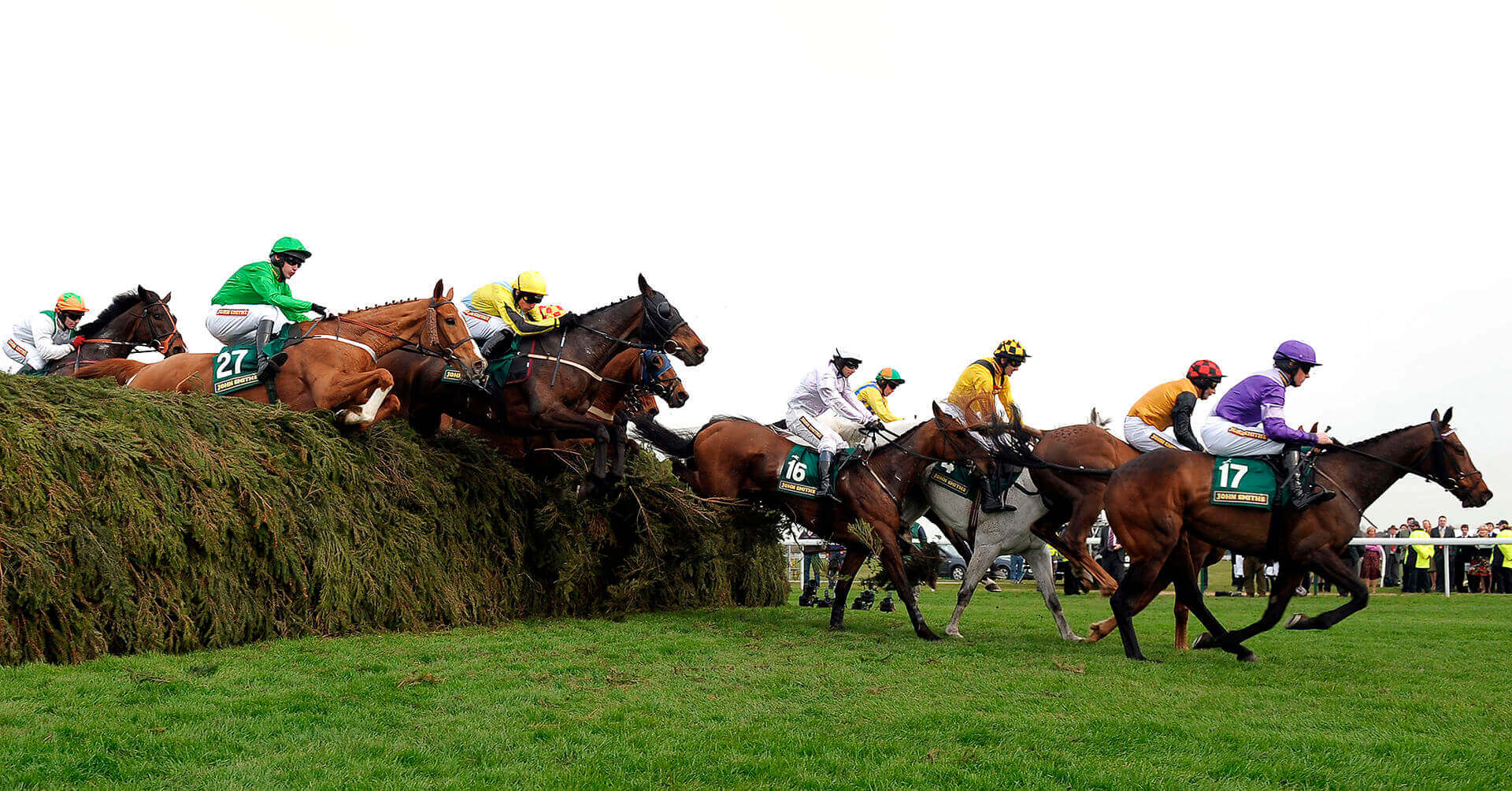 Always Waining (R) ridden by jockey Brian Hughes jumps The Chair during The Topham Steeple Chase on the second day of the Grand National meeting at Aintree Racecourse in Liverpool, north-west England on April 9, 2010. Friday is traditionally Ladies day at the annual event which culminates with the four and a half mile steeplechase on Saturday. AFP PHOTO/PAUL ELLIS . PAUL ELLIS / AFP

At the time of writing the North of England is closing in on celebrating its first National Hunt champion jockey since 1979 in the shape of the tremendously popular Brian Hughes. But will the champion jockey-elect face the starter for the Randox Health Grand National at Aintree on April 4?

It would be a remarkable situation if the man who appears set to become the first northern-based champion since the great Jonjo O’Neill over forty years ago is left to watch on from the grandstands as two score of his weighing room colleagues bid for the most famous prize in the sport without him.

Currently 21 winners clear of the reigning multiple champion Richard Johnson, Hughes has partnered 138 winners so far this season. With the Cheltenham Festival getting underway today and winners there always hard to come by, Hughes partners four mounts at Sedgefield while Johnson goes in search of bigger fish at the home of National Hunt racing.

By the time we tick around to the Aintree Festival in little more than three weeks time, the 34-year-old County Armagh-born rider could have the jockey’s title in the bag and nothing would be more fitting than for him to cement his position as the leading rider of the term by partnering a leading Grand National candidate.

Hard to imagine champion without a Grand National ride

There is no obvious mount for Hughes at the moment however, with so many of the leading fancies having regular jockeys whose owners will remain loyal to them – but a lot can change in the lead up to the £1million contest.

Despite the Grand National having proved a frustrating race thus far for Hughes, trainers and owners on the lookout for a top man to partner their steed could do a lot worse than consider the man who has been in such irresistible form this season.

Two wins in 2010 over National fences

Hughes has won races over the Grand National fences, including the 2010 Topham Trophy on board the Peter Bowen-trained 22/1 shot Always Waining who went on to win the same race for the two subsequent years under Tom O’Brien. He also won the Grand Sefton Chase later that year at Aintree’s December meeting when triumphing aboard Howard Johnson’s 10/1 shot Frankie Figg.

Hughes failed to get round on first six National rides

So the popular rider has what it takes to triumph over the giant spruce fences, but in his first six attempts at the Grand National he failed to even complete the course.

It wasn’t until 2018 that Hughes finally negotiated all 30 fences courtesy of finishing 11th on the Sandy Thomson-trained Seeyouatmidnight, a horse who had finished a very close third in the Scottish Grand National a couple of years earlier.

Seeyouatmidnight gave the Irishman a great spin around the four-and-a-quarter mile course and there must have been a few moments when the prospect of actually winning the legendary race seemed real. Five fences from home he jumped upsides the leader, Pleasant Company, and continued to match strides with the eventual second until after the third last fence when he began to weaken. It later transpired that the Midnight Legend gelding finished lame, which would explain why he faded out of contention in the closing stages of the race won for the first time by the great Tiger Roll.

There was no mount for Hughes last year so he will be desperate to find a good ride this time in what seems set to become his championship campaign.

Remarkably, Hughes’ great rival for the title, Richard Johnson, has never ridden the Grand National winner despite riding in the race no less than 21 times.

He has twice finished second though, on Philip Hobbs’ What’s Up Boys who found only the determined Bindaree too good for him in the 2002 renewal, and on the same handler’s Balthazar King, who stayed on well but couldn’t peg back the shock winner Pineau De Re in 2014.