The undercard: what other races can you look forward to at the Grand National meeting? 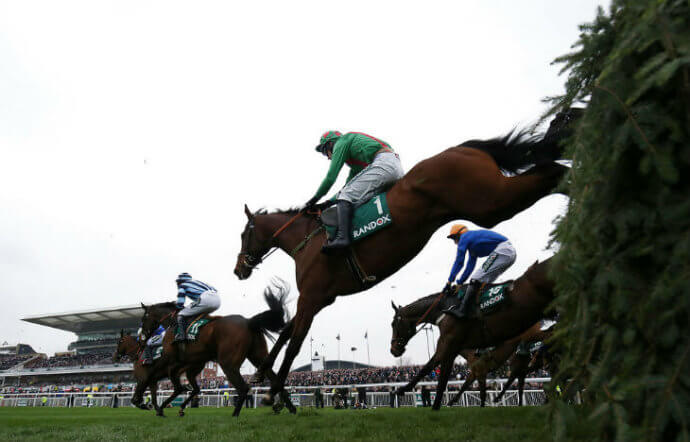 While there is no question that Aintree’s prestige revolves around the world’s most famous steeplechase, the Grand National meeting has now developed into a quality festival over time.

The spectacle now stages 11 Grade Ones, as well as extra action over the National fences throughout the three-days and has seen some of jump racing’s champions grace the Merseyside track.

Here are five other races on the ‘undercard’ which are certain to provide thrilling action alongside the Grand National.

Now run as the feature race on the first day of the meeting, the Aintree Hurdle retains a unique status in being Britain’s only open-company Grade One hurdle race over two-and-a-half miles.

A championship race over an intermediate trip, the race has been won by some of the finest hurdlers throughout history, with many Champion Hurdle winners following up in this contest in the same season.

Perhaps the greatest achievement belongs to Morley Street, who between 1991 and 1994 landed the race four times in a row, while the race also threw up its one and only dead-heat, when Monksfield and fellow Champion Hurdler Night Nurse could not be separated in 1979.

Established in 1991 and named after the nearby area in Liverpool, the Melling Chase quickly became the headline act on day two of the festival.

Usually contested between runners from the Queen Mother Champion Chase and Ryanair Chase at the Cheltenham Festival, due to its intermediate trip on a flat track, a host of horses have won the previously mentioned race as well as the Melling.

The great Sprinter Sacre did the double on his way to immortality during the 2013 season, while Finian’s Rainbow (2012) and Moscow Flyer landed back-to-back renewals in 2004 and 2005. Albertas Run (2010) is the only horse to date to complete the Ryanair/Melling Chase double.

The contest even managed to throw up a Gold Cup winner in Don Cossack (2015), who provided A.P. McCoy with his last British Grade One winner before going onto Cheltenham glory 11 months later.

Set up in 1984 as a consolation race for beaten horses or those who did not compete in the Cheltenham Gold Cup, the three-mile contest has flourished into a fine race.

Upgraded to Grade One level in 2010, no Cheltenham Gold Cup winner has managed to win this in the same season since then, but has an illustrious roll of honour, which is headlined by dual winner Silviniaco Conti (2014,2015).

Last year, Kemboy sauntered to an easy victory under a motionless Ruby Walsh.

Similarly, to the Cheltenham Festival, Aintree also has its own race for the top amateur riders.

The first race of the meeting over the National fences, the two-mile five-furlong contest has thrown up some multiple winners, with Credit Call notching the race three times in the 1970s, while jockey Sam Waley-Cohen also has three victories to his name.

While Cheltenham Foxhunter winners don’t usually contest this race, On The Fringe made both races his own with back-to-back successes between 2014 and 2015.

The second race of the meeting over the National fences, the Topham Chase has developed into a fierce handicap last decade.

The race is fondly remembered for its hat-trick winner, Always Waining, who landed the race between 2010-2012.

Many winners have failed to go on to Grand National glory the next season, with the last dual-winner, Ultragold, attempting that feat in 2018.