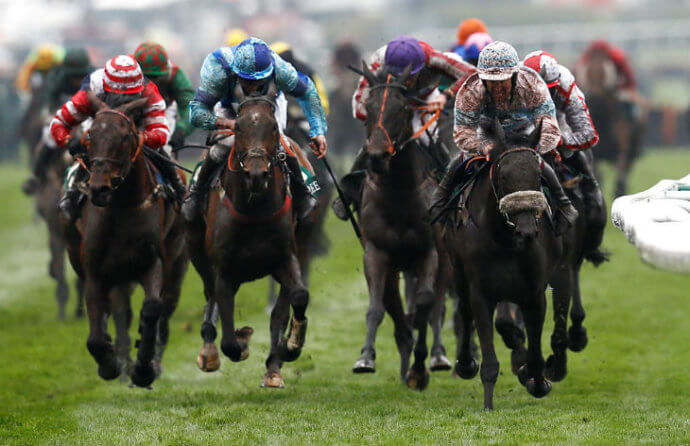 The Randox Health Grand National is a unique race, run on a unique course, sometimes won by a horse who simply takes to the challenge of the marathon distance and the daunting 30 spruce fences more readily than it does on regular park courses.

Over the years we’ve seen some horses become true Aintree Grand National specialists, most notably of late the great Tiger Roll, superb winner of the last two renewals. Then there are those who come back year after year and run with credit without winning, while there are some who produce a performance, sometimes a winning one, that leaves you scratching your head wondering how that happened. The 100/1 shot Mon Mome and 66/1 chance Aurora’s Encore would fall into the latter category in recent times.

Back in 1985, I was at Aintree when the Tim Forster-trained 50/1 shot Last Suspect lived up to his name. He was the last horse many punters suspected of being up to the challenge, but duly obliged under Hywel Davies, coming with a withering late run and making up around 10 lengths from The Elbow to break the hearts of punters who had waded in on the other stalwart placed horses – Mister Snugfit, Corbiere and Greasepaint.

Forster, always a pessimist, had suggested the quirky Last Suspect was a ‘soft’ horse. When asked how the race went, I recall Hywel Davies suggesting his mount had indeed been overfaced by the big fences – he blundered very badly three from home – but when he got over the last and saw no more obstacles in front of him, the Duchess of Westminster’s charge was so relieved that he was more than happy to run on and duly catch poor old Mister Snugfit close home!

A talented performer on his day

West Approach, trained by Colin Tizzard in the West Country, has become a little bit quirky himself this season. He has bags of talent and is a class act on his day, but he can also throw in a bad run or two without any obvious explanation. The 10-year-old was a smart staying hurdler and last season chased home Paisley Park in both the Grade 1 Long Walk Hurdle at Ascot and in the Grade 2 Cleeve Hurdle at Cheltenham. He ended the term finishing sixth of 15 in the bet365 Gold Cup (the former Whitbread Gold Cup) at Sandown.

This half-brother to the high-class King George VI Chase winner Thistlecrack built on a good second on his seasonal return in a quality handicap at Cheltenham, going one better back at the Prestbury track three weeks later as he finished powerfully over nearly 3m4f to beat Achille in impressive fashion. On the strength of that effort he was sent off favourite for the Ladbrokes Trophy Chase (the former Hennessy Gold Cup) at Newbury in late November, but his supporters knew their fate at just the seventh fence when he propped and unseated the hapless Robbie Power.

Ups and downs are par for the course

Off his new career-high chase mark of 150, West Approach ran well back at Cheltenham’s December meeting when a close third to course specialist Cogry in the Grade 3 BetVictor Handicap Chase over 3m2f. It was no surprise to see him fancied for the Coral Welsh National last time at Chepstow although he had an off-day, seeming to resent the very heavy ground and was never travelling. Wisely, Tom Scudamore decided to call it a day and pulled up when tailed off after the 18th.

West may have right approach

Despite the setbacks this term, Tizzard’s likeable stayer does tick quite a lot of the necessary Grand National boxes. He stays well, usually jumps well and has a touch of class. If allowed to take his chance at Aintree on April 4, I for one would not be in the least bit surprised to see the gelded son of Ascot Gold Cup winner Westerner take to the challenge of the big fences.

The 50/1 generally on offer at present in the ante-post market for West Approach looks fair. While his excellent trainer has other horses who could run in the great race who may appear more obvious contenders – such as the 2018 Cheltenham Gold Cup winner Native River or the 2018 Welsh National winner Elegant Escape – this enigmatic 10-year-old, who can turn it on when in the mood, is no forlorn hope.