Grand National a creature of habit; the stats that matter for the National Hunt feature 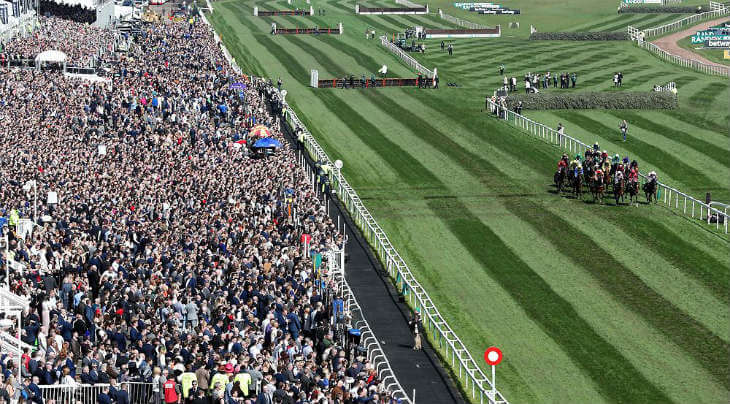 When watching sports in 2019 and indeed very soon 2020 we seem to be swamped with statistics, some interesting and informative, others downright ridiculous. The Grand National is and always has been however a race where statistics rarely lie. Here we look at some of the more consistent trends for the Aintree extravaganza and see which runners can potentially be either boosted or downgraded based on them.

Probably the first and foremost important stat is age. This is not a race for the up and coming improver. No horse under the age of eight has won the race since 1940. Seven-year-olds then are a definite no-no. Bad news for Irish National winner Burrows Saint who is generally second favourite for Willie Mullins who won the race in 2015 with Hedgehunter. With only one twelve-year-old successful since 2000 they too can be downgraded which is a blow to two other Mullins runners in 2018 runner-up Pleasant Company and 2019 third Rathvinden who will both be twelve this time around.

Although only four horses have carried over eleven stone to victory since 1983 three have done that in the last eight years rather muddying the waters in that regard. Indeed many believe the sudden resurgence of higher rated performers can be attributed to an ever classier field and easier fences placing more demand on ability than sheer jumping and staying.

Irish trained runners have won three of the last four renewals although two of those were courtesy of the same horse; ante-post favourite Tiger Roll. More compelling in favour of the Irish trained runners however is the fact they had a 1-2-3 in 2019 and 1-2-3-4 in 2018. Tiger Roll along with last year’s second, third and fifth Magic Of Light, Rathvinden and Anibale Fly are all Irish trained.

Another quite interesting stat and one which breaks from traditional thinking is that 10 of the last 12 winners were having their first run in the race. Obviously, one cannot downgrade Tiger Roll for this as an exception but horses such as the aforementioned pursuers last year as well as fourth placed Walk In The Mill and former winner and 2019 sixth One For Arthur are affected.

Horses coming out of the Cheltenham Gold Cup as an afterthought are often fancied but rarely perform. Anibale Fly has finished fourth and fifth after the Gold Cup the last two years but he is more exception than rule. One must go all the way back to 1996 for the last horse to run in a Gold Cup then win the National (Rough Quest). This stat can’t be accounted for at present but one could easily imagine Native River, Bristol De Mai or Elegant Escape going in both; indeed all three are priced up for both races at present in ante-post books. Even 2012 Gold Cup winner Synchronised was unable to make his mark when falling at Aintree the following month.

The National is not a race where either trainer or jockey is particularly important. Only Gordon Elliott has won with two horses this century and he ran eleven in the race a year ago. The fact that Paul Nicholls and Willie Mullins have won as many Nationals as Norman Mason and Jimmy. Multiple times champion Nicky Henderson has never won the race further advertising the stat. Jockey-wise only retired Ruby Walsh and Leighton Aspell have won on two different horses this century, Davy Russell has been aboard Tiger Roll in both victories.

One notable factor throughout these stats is that favourite Tiger Roll ticks most boxes. His age (ten), nationality and trainer are all positives. Many of the perceived negatives such as running in the race before and weight over eleven stone are negatives he’s overcome before dispelling their importance in his case.

Often great horses do things that simply aren’t done in racing. Think Kauto Star regaining the Gold Cup, Sprinter Sacre returning from heart problems to win a second Champion Chase or Annie Power as a mare winning the Champion Hurdle. Tiger Roll is on the cusp of greatness already with four Cheltenham Festival wins and two Nationals, he is undoubtedly the horse they all have to beat again in April and finding stats to oppose him is very difficult indeed.