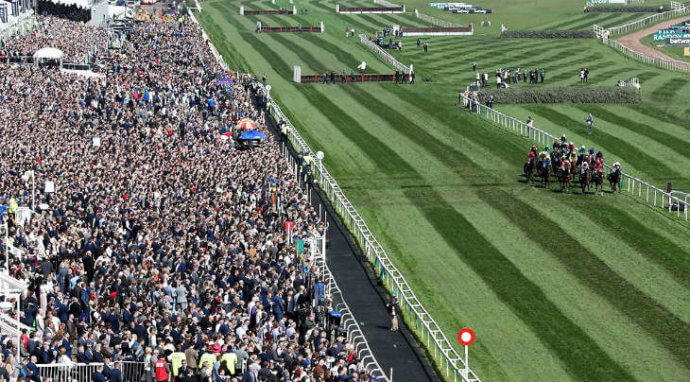 Trainer Harry Fry is hoping he has finally settled into his new surroundings at his purpose-build training base in Dorset and, from there, is aiming to turn Ask Me Early into a potential Aintree Grand National contender.

Formerly an employee at Paul Nicholls’ yard in Ditcheat, Fry first shot to prominence operating a nearby satellite yard for Rock On Ruby’s trainer, from where that horse sensationally landed the 2012 Champion Hurdle at the Cheltenham Festival.

Fry soon took out his own training license and earned a reputation as a shrewd handler. He gained his first Cheltenham Festival success when Unowhatimeanharry captured the Albert Bartlett in 2016.

Fry would go on to have his best campaign the following season, when he saddled 67 winners and banked £886,752 in prize money.

Amid the pandemic, his winners across the past two seasons stand at a combined 61. In that time, he has also been settling in at a new training base near Yeovil in the Dorset countryside.

The move had an impact on everything, says the still young trainer, aged 34.

“We were building, moving, settling in against the backdrop of the pandemic, and everyone worked extremely hard. We learned an awful lot in those first 12 months at the yard,” he told the Racing Post.

“It wasn’t all plain sailing, but we feel we’ve a solid foundation to progress and build the numbers back up.

“We always strive to beat the previous season’s tally and we’d like to get back to training 50 winners a year”.

Heading into the 2021/22 jumps season, which is now set to go through the gears as October arrives, Fry says everything is in place to succeed and he suggests 12 months is not that long in terms of finding his feet in his new surroundings.

“We’re starting off this year without any builders under our feet and everything is finished. This time last year the outdoor school was still being completed, while everything was new so it was trial and error to a degree, but we’ve been able to tweak things and have learned an awful lot,” he added.

“I went to see a Flat trainer in May who’d built a new yard and he said it took him three years to get to grips with it.

“We’ve had chance to find our feet and put enough pressure on ourselves, but we do feel it’s a season we need to deliver, that’s for sure.”

Ask Me Early with National aspirations

Fry had plans to target the Midlands National at Uttoxeter last season with Ask Me Early. A kissing spine issue derailed those ambitions.

Instead, the seven-year-old ended up contesting – and winning – a three-mile novices’ handicap chase on the same day as the Midlands National.

Ask Me Early has won all three completed starts over fences and the Welsh Grand National at Chepstow in December is firmly on his radar. All being well, Fry hopes to see him progressing towards Aintree next spring too.

He adds: “The Welsh National is an ideal target for Ask Me Early, who has already won twice at Chepstow and it’s possible he’ll have an entry in the Ladbrokes Trophy or the Welsh National Trial the following weekend [to start his season].

“Both races are after the weights for the Welsh National are published. He’s exciting and there’s also Aintree later on [to aim at].”