Encore does it again! 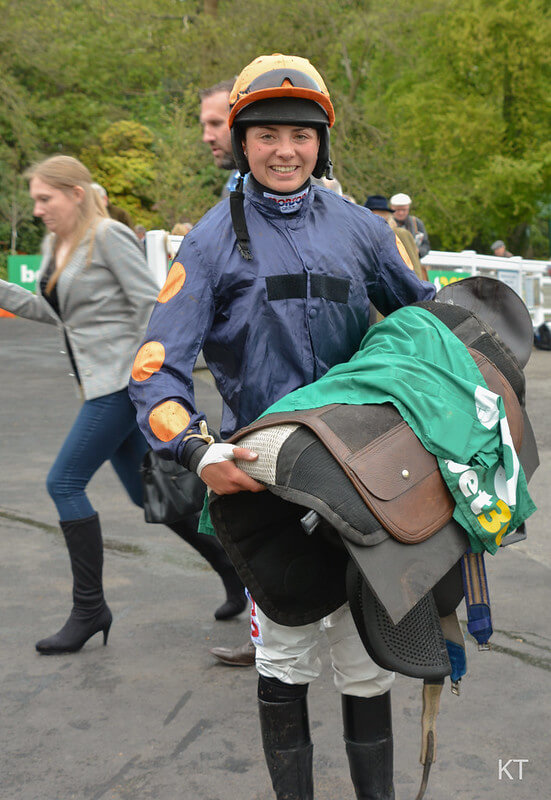 He might be rising 12-years old, but the Anthony Honeyball-trained Regal Encore (16/1) still has a powerful engine, as he showed when coming home best in extremely testing conditions at Ascot on Saturday to land the Listed Dave Dawes Silver Cup Handicap Chase for the second time in the last four renewals.

Ridden by Richie McLernon and carrying the famous green, gold and white colours of leading jumps owner JP McManus, the gelded son of King’s Theatre repeated his 2016 success in the stamina-sapping three-mile contest, staying on gamely to hit the front between the final two fences then hold off the persistent challenge of Acting Lass to score by three-quarters-of-a-length.

Third National attempt not out of the question

A stable favourite, Regal Encore was winning his eighth race from 40 career starts and put behind him the disappointment of a poor run on his previous start when pulled up in the Grade 3 Ladbrokes Trophy Chase won by De Rasher Counter at Newbury in late-November.

It is not beyond the bounds of possibility that Honeyball’s veteran could return to Aintree in April for a third crack at the £1million Randox Health Grand National, a race in which he has performed with credit on both previous attempts.

In 2017 he was conservatively ridden and raced towards the rear for much of the way before staying on from the home turn to finish seventh of the forty runners behind One For Arthur.

Then last year (having missed the 2018 edition), he was never too far from the pace and ran a fine race until fading after hitting the second last fence, eventually coming home seventh behind the mighty Tiger Roll.
Generally available at 50/1 to become the first 12-year-old to win the Merseyside marathon since Donald McCain’s Amberleigh House struck for the veteran brigade back in 2004, Regal Encore, a quirky horse, is not without a chance – if on a ‘going’ day.

Black Corton, fourth at Ascot on Saturday, would be a very interesting contender should champion trainer Paul Nicholls choose to hand the winner of 14 of his 35 races a Grand National entry.

A Grade 1-winning novice chaser back in 2016, he has helped propel the effervescent Bryony Frost up the racing ladder and was last successful when the pair landed the Grade 2 Oaksey Chase at Sandown in 2018.

With a current handicap rating of 161, Black Corton could be among the top weights for the Grand National. The gelding would be the ideal age of nine-years old and goes particularly well on decent ground, so if there is a relatively dry spring he would be one to consider.

Although he’s never faced the daunting Aintree spruce fences, Nicholls’ charge has never fallen or unseated rider in his career and has always been a sound and accurate jumper.

Offered at a general 50/1 in the ante-post market for the big race, those odds could well contract if he is given the green light to take his chance. Once-a-year punters would be sure to latch onto the possibility of Frost becoming the first ever female rider to win the legendary steeplechase.