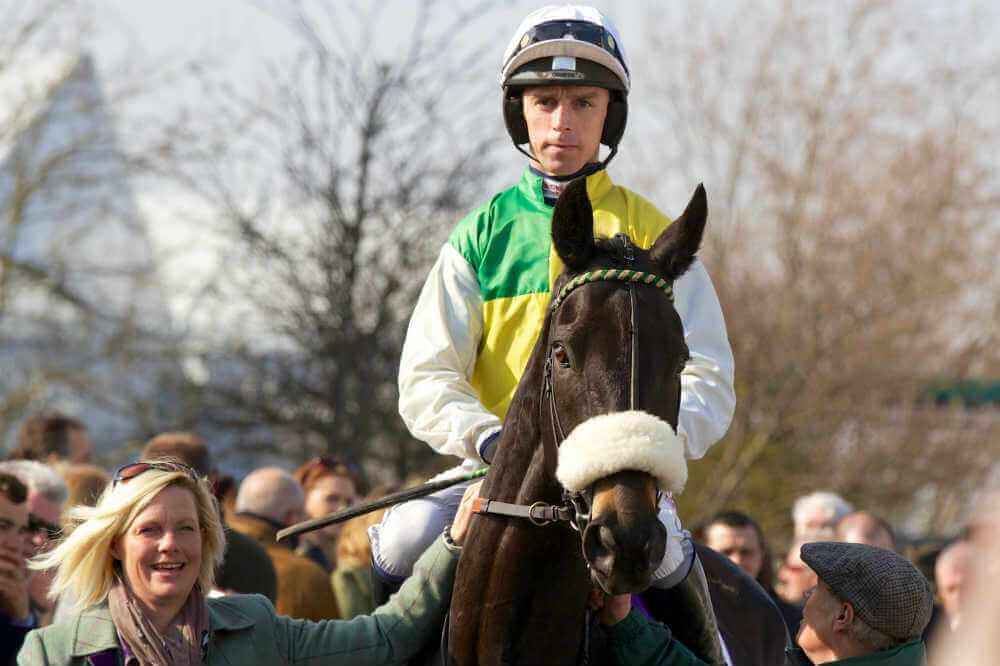 Photo by Dan Heap is licensed under CC BY 2.0

The Grand National will lose a familiar face this year after jockey Leighton Aspell will retire from the saddle after racing at Fontwell on Sunday.

The 43-year-old, who briefly retired between 2007 and 2009, will end his career that has produced hundreds of winners, including on board Itsnotwhatyouthink in the concluding bumper at the West Sussex track.

After finising second in the 2003 Grand National on Supreme Glory, it was during Aspell’s second stint when he registered his pinnacle moments, winning the Aintree spectacular on Pineau De Re in 2014 before doubling up with the great Many Clouds 12 months later.

Reflecting on his career, Aspell said: “I went through a bit of a lull and quiet time in the summer of 2007 and I thought it was time to do something else.

“I had that 12 to 18 months out and I realised I made the wrong decision and I was lucky enough to step back into it and ride a lot more winners.

“Winning the Nationals back-to-back would be the highlight, but I have had many other great winners for Oliver Sherwood and many other people.”

After returning to the weighing room, Aspell was more determined than ever to ride quality winners, and the hard work paid off five years later when Pineau De Re gave him the biggest moment of his career in the Aintree spectacular.

Relatively unfancied, the diminutive gelding made his way through the field in mud-splattered, rainy conditions under Aspell to complete the jockey’s fine revival.

It gave trainer Dr Richard Newland his biggest career victory in the process and he is thankful for the horsemanship of Aspell.

“Leighton didn’t ride a lot for us but he’s truly a superb horseman and on one very good day in April 2014 he did us a big favour,” he said.

“I’ve a lot of time for Leighton and on the day of the Grand National he was brilliant. We’ll be forever grateful for his connection. Him and Pineau De Re were a great combination on the day. He was quite superb with him.”

Clouds combination captured the public but marred by tragedy

However, Aspell will be greatly known for his connection with Many Clouds, which created a loveable partnership that was marred by tragedy.

In contrastingly balmy conditions on Merseyside 12 months later, he showed he was no one-trick jockey by producing a masterful victorious ride on a horse burdened with a welter weight.

While the duo couldn’t regain their Aintree crown, they had plenty more days in the sun before Many Clouds’ cruel and premature death at Cheltenham in January 2017.

But for long-time ally and Many Clouds’ trainer Oliver Sherwood, their National victory is the memory that stands brightest of them all.

“As for highlights – it’s Many Clouds by a country mile. He was the only man who ever rode him or schooled him at home and rode him on a racecourse. That’s quite unique in this game.”

Happy retirement to a man who made the Grand National his own. The racing public thanks you.