A host of horses who have their sights set on the Grand National in April face a stiff trial in the Peter Marsh Chase at Haydock this Saturday.

While the three-mile Grade Two contest has been recognised as a trial for the marathon steeplechase, it has not had the greatest track record since its creation in 1981, with 1995 winner Earth Summit going on to follow up at Aintree three years later.

Ten runners are entered to tackle the race, headlined by the classy Definitly Red, with Acting Lass the current 5/1 favourite.*

Red definitely up for the Peter Marsh task 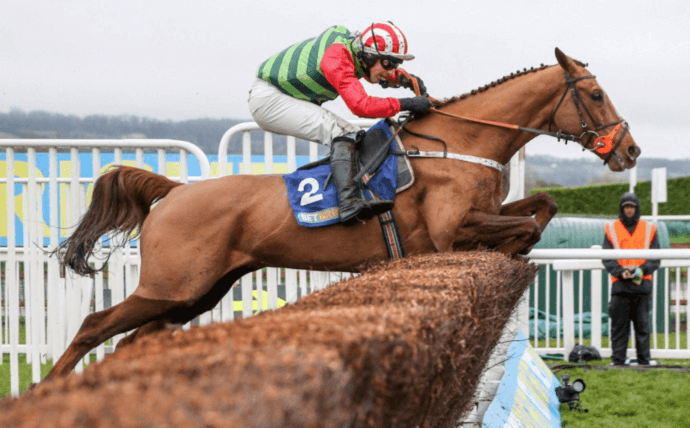 This year’s race has an added touch of class to the field, with multiple Grade Two scorer Definitly Red topping the weights.

The 11-year-old was a leading fancy for the 2017 Grand National but endured horrible luck when severely hampered at Becher’s Brook the first time round and was swiftly pulled up.

However, he swiftly made up for heartbreak the next season, winning the Many Clouds and Cotswold Chase’s – both Grade Two contests – and emerged as a live Gold Cup contender.

While that didn’t work out, the chestnut returned to form when landing the Charlie Hall Chase at Wetherby before notching his second Many Clouds Chase in December 2018.

He has not won since then, but was an encouraging fourth over the National fences in the Becher Chase and trainer Brian Ellison sends his stable star to the Merseyside track as his next stepping stone.

“When the ground is heavy and sloppy that’s fine for him, he gets through that no problem,” Ellison said. “They tend to get through the ground at Haydock when it’s heavy – hopefully he will.

“He’s in good form and we’re using it as a prep for the Grand National. After this he might go to Kelso at the end of February.”

Definitly Red is currently a 33/1* shot for the Grand National.

The 10-year-old didn’t make it past the first fence in last year’s race and has ran storming races without winning in other respective Nationals, finishing fourth and third in the Welsh and Scottish Grand National’s respectively in the 2017/18 season.

The grey also managed to finish runner-up in a valuable handicap chase at the Cheltenham Festival in 2019 but has failed to replicate that form this season in three starts.

He failed to complete for the second time around Aintree in the Becher Chase two starts ago before a heavy defeat when third in the Tommy Whittle Chase over this race’s course and distance.

Despite being on a rating which should see him sneak into the National, Sue Smith’s charge will need vast improvement in this if he was to head to Aintree in April.

Is Acting Lass the new kid on the block?

He may be a nine-year-old, but Acting Lass has only 11 starts next to his name and is on an upward curve.

After an absence of over a year, the gelding had taken a few starts to find his feet this term but has flourished since in his last two efforts, winning the Welsh Grand National Trial before a game runner-up to fellow National candidate, Regal Encore, in a Listed handicap chase at Ascot.

That effort has led to his rating being increased to 150, which would certainly see him merit a place in the line-up on Merseyside but must pass his hardest task to date in this contest.

While he has not entered the Grand National betting, if he was to win this race or run with credit, then trainer Harry Fry and connections would have to seriously consider sending their charge to the ‘people’s race’.