Which horses will put their Aintree reputations on the line at Cheltenham? 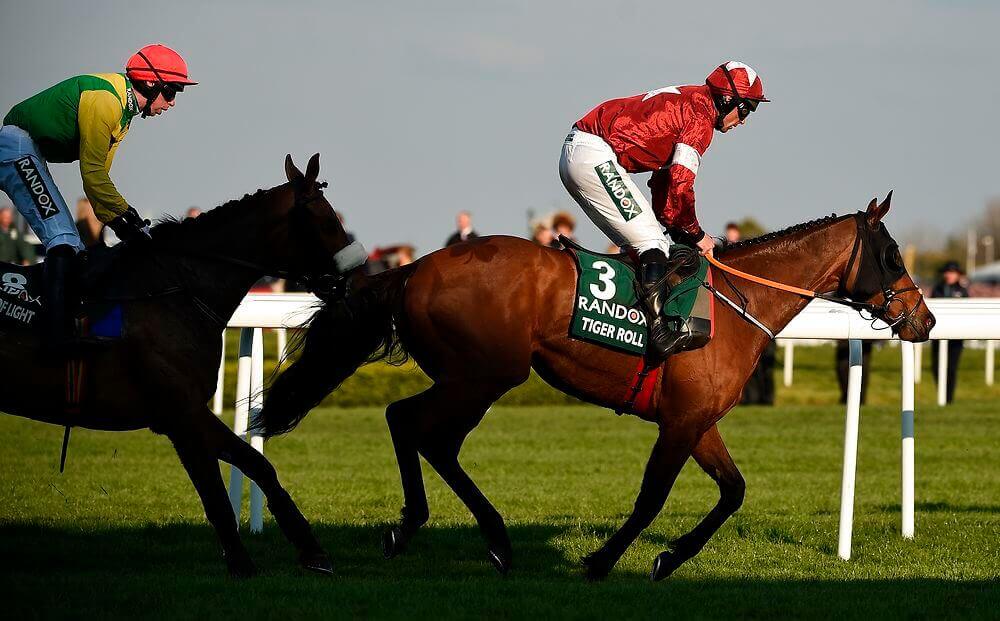 Racing’s eyes are fully focused on events over four days at Prestbury Park next week, with a host of runners hoping to secure their place in history as a Cheltenham Festival winner.

However, a few horses will also be having their eye on events at Aintree just three weeks after Cheltenham, with the National as their primary aim.

Here are a couple of horses who may have a strong chance of taking the Grand National after their respective races at the Festival.

There’s no need for an introduction for Tiger Roll and he’s back once more in a bid for an unprecedented and historic bid for a third Grand National victory in a row.

Gordon Elliott’s charge is now a regular at the Cheltenham Festival, after winning the Triumph Hurdle, National Hunt Chase and two Cross-Country Chases.

Last year’s Aintree follow-up victory was particularly memorable when he romped to an easy success in the unique contest under Keith Donoghue, becoming the first horse to win back-to-back Grand National’s since Red Rum.

There’s no sign of letting up either as Tiger Roll returns once again in a bid to become the only horse to win three Cross-Country Chases in a row.

After that, all roads lead back to Aintree, where he will be looking to become the only horse to win three Grand Nationals in three years.

It’s been a tough enough season for Kildisart, but he bids to get the year back on track and towards Aintree in the Ultima Handicap Chase.

The eight-year-old was an easy winner of the preceding race before the National last year and many expected him to go on to greater achievements, but it hasn’t gone to plan.

He has rarely threatened to get involved yet, but Ben Pauling’s charge ran a far better race when a closing fifth in a three-mile handicap chase at Kempton.

While he is well fancied for Cheltenham glory, his current mark puts him right in the mix for the Grand National and it would be no shock if this is used for a stepping stone towards Merseyside.

Le Breuil is already a Cheltenham Festival winner and despite all roads leading to Aintree, he is well fancied to gain even more gold on Prestbury Park first.

Ben Pauling’s gelding came out on top in a gritty renewal of the National Hunt Chase last year and while he hasn’t won since, the Grand National has always been the primary target this year.

He showed zest last time out before fading in the Classic Chase at Warwick in January, which in turn saw him become outright favourite for the Kim Muir Challenge Cup at Cheltenham.

Despite his current status as a Cheltenham Festival fancy, his trainer hasn’t hidden his desire to train a Grand National winner and with a fitting profile, it wouldn’t be the biggest surprise if Le Breuil was to better any effort he gives at Cheltenham.