Walk In The Mill gearing up nicely 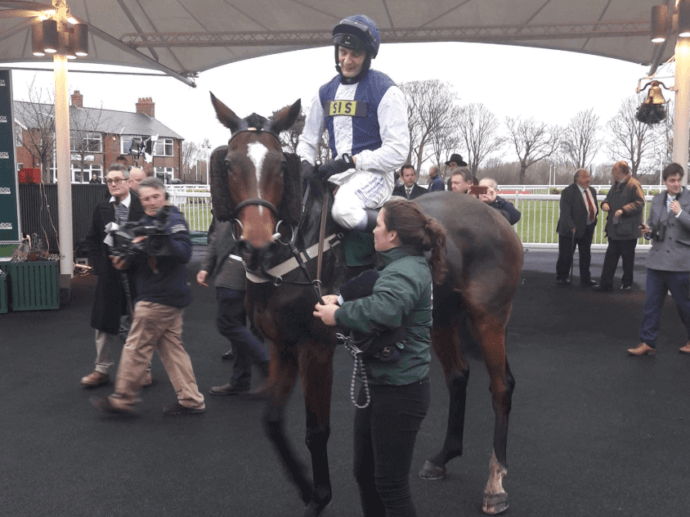 Walk in the Mill via @mulldog

Trainer Robert Walford couldn’t be happier with Walk In The Mill as preparations for the Randox Health Grand National continue.

Already a dual Becher Chase winner over the famous National fences, Walk In The Mill is set to have a run over hurdles at Chepstow this week.

Walk In The Mill holds an entry in the Chepstow Trade Centre Novices’ Hurdle over almost three miles on Friday and is very much an intended runner at this stage, according to his trainer.

“He is entered on Friday and will probably run there,” he said. “It is just a novice hurdle, but he just needs to get on a racecourse.

“He has done plenty of work, but this is not the be all and end all. He will probably just have this run (before Aintree), and then we will take him for a racecourse gallop somewhere. It is pretty much the same as last season.”

The French-bred gelding has plenty of experience of the famous Aintree fences on his CV already.

He finished fourth in last year’s National as Tiger Roll successfully defended his crown. Like the Gordon Elliott-trainer star, Walk In The Mill is a two-time winner of one of Aintree’s most renowned annual tests – the Becher Chase.

He retained the December contest last month, coming home with just over two lengths in hand on the Tom Lacey-trained Kimberlite Candy.

He also had former Grand National hero One For Arthur back in fourth while Aintree regulars Definitly Red and Vieux Lion Rouge were amongst the beaten horses.

Given that Kimberlite Candy has since come out and won the Classic Chase at Warwick, Walford knows there is proper depth to the form of his latest Becher Chase success.

With the National weights due on February 11, the trainer is understandably getting exciting about the possibility of returning to Merseyside in April as a live contender in the world’s most iconic steeplechase.

Walford freely admits there will be better horses than Walk In The Mill in the race on April 4 as well as better-handicapped rivals, but he knows that few have proven themselves more at the track.

“The form of his Becher win has worked out well, with the second horse (Kimberlite Candy) winning the Classic Chase at Warwick, and he seems in good form,” he added.

“He is not well handicapped – but if he gets a good run round in the Grand National, he should be in the first six.

“He is not the classiest horse, and a better-class horse would always beat him, but he loves those fences and he stays well.”

With his two Becher wins and that fourth behind Tiger Roll last season, Walk In The Mill’s Aintree CV is remarkably strong and he should once again excel this spring.