THE MANE EVENT: Virgilo will win the Grand National… according to history

170 years of Grand National winners shows that the winning horse is nine-years-old, weighs 10st 7lbs and has an average starting price of 19/1*

As punters saddle up for the return of the Grand National on Saturday 14th April, historical research into previous winners finds that Virgilo has the best chance of stealing the £561,000 prize.

Betting aggregator GrandNational.org.uk has studied the winning horses since the Grand National started in 1839 and found that, statistically, the winner of the iconic race…

And, with current odds of 100/1*, this French horse could allow racing fans to rein in some serious earnings if he crosses the finish line first. 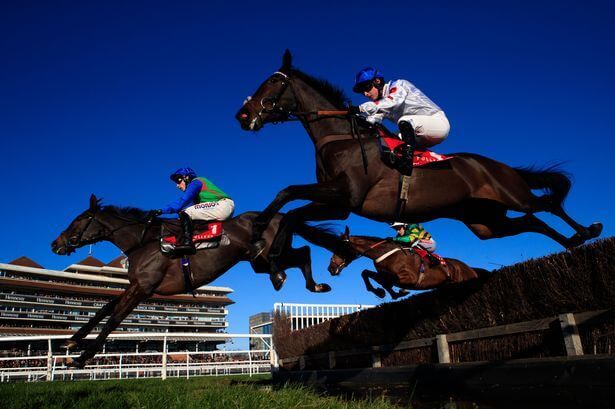 Those concerned about the unfavourable odds should be reassured that a 100/1* outsider has been victorious at Aintree as recently as 2009. Mon Mome – also nine-years-old at the time – won with jockey Liam Treadwell less than a decade ago.

Of the early favourites for this year’s race, just two of the five match the average winning age (Total Recall and Blaklion) and fourth favourite Tiger Roll is the closest to the ideal handicap with a weight of 10st 12lbs.

Other lucky characteristics punters might look out for include the starting price. Horses with odds around 19/1 perform best and 10-year-old Cause of Causes is the only horse in this year’s line-up currently rated at a similar 20/1*, although prices will fluctuate in the build-up to Aintree.

Just 23 outright favourites have gone on to win, with a further six joint-favourites taking home the prize over the last 170 races.

The findings also show that successful horses often have a jockey called John or Tommy – both names have won 11 times each. Riders called George and Arthur have claimed eight and seven wins respectively.

Sticking with lucky names, more winning horses have had a trainer called Tom (11) than anyone else, and George is another popular trainer first name (eight wins). Saint Are – currently rated at 50/1 – is the only horse trained by a Tom in this year’s line-up, and ironically his last name is George.

There have also been 17 winning racehorse owners called John – 12 more than the next most successful name (Noel, five times).

Just seven horses have won the Grand National on more than one occasion and only one (Red Rum) has crossed the finishing line first at Aintree on three separate occasions (in 1973, 1974 and 1977).

Our research shows that, historically, nine-year-old horses weighing 10st 7lbs race best, so this makes Virgilo an interesting proposition, despite the bookies rating the horse at 100/1*. When placing a bet on this year’s Grand National it’s worth considering the historical data as it is contrary to the bookmakers’ favourite of Total Recall.

If you decide to place a bet on Virgilo, have a look at our Grand National Free Bets page to find the best offer for you.