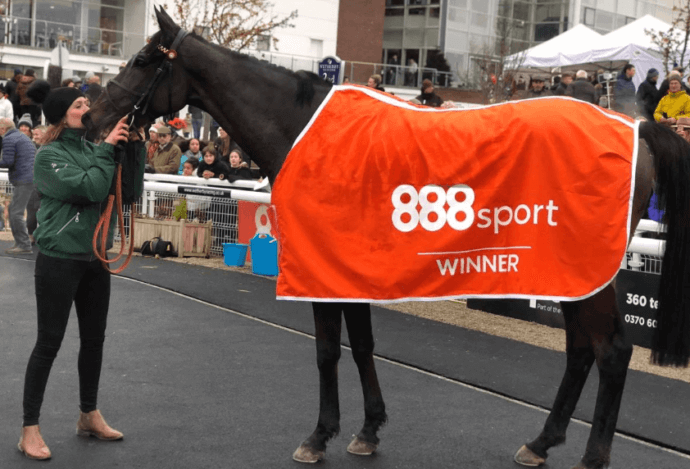 Top Ville Ben after his win at Wetherby on Boxing Day. Image via @pkirbyracing

Although trainer Philip Kirby has yet to confirm if Top Ville Ben will run in the Randox Health Grand National this year, he may be tempted by the world’s most famous steeplechase following his horse’s run in the Cotswold Chase on Saturday.

Top Ville Ben ran an excellent race, finishing third behind Santini and Bristol De Mai respectively. The Cheltenham winner looks a strong contender for the Cheltenham Gold Cup now, while the runner-up is a proven Grade One champion.

The eight-year-old chaser was held up in the early stages of the 3m1½f contest by jockey Thomas Dowson. Although he was no match for the front two, he finished ahead of the likes of Slate House and De Rasher Corner.

After his victory in the Rowland Meyrick Handicap Chase at Wetherby last month, Kirby was questioned on whether his horse would be aimed for the National in April. He said: “He’s a National-type horse. Whether it is this season, we will find out in the fullness of time.”

His run at Cheltenham last Saturday was his 10th appearance over fences. His jumping has improved so much since he came down in the RSA Chase at the Festival back in March.

Quoted at 33/1 for National with some bookmakers

Top Ville Ben is generally quoted at 33/1 for the Grand National following his run at Cheltenham. He has featured at Aintree once before, although that was on the Mildmay Course where he was third in a novice contest last April.

Kirby’s chaser went into the Cotswold Chase rated at 164, therefore, if he does feature in the 4m2½f contest in April, he is likely to have one of the biggest weights in the race.

Gold Cup shot could also be on the cards in March

The Grand National is unlikely to be the only race that connections are seriously considering for the rest of the season. Given he has been competitive against two strong Cheltenham Gold Cup contenders, the Blue Riband event at the Festival is sure to be in their minds now.

Top Ville Ben is now as short as 50/1 with some bookmakers for the feature race at the Festival. Those odds would likely shorten further if he was part of the final 48-hour declarations for that contest on the Friday of the meeting.

Kirby was full of praise for his horse following his Cotswold Chase outing. He said: “Just to have a horse to run in those races is brilliant. I thought he did everything right. It’s the first time we’ve properly dropped him in there – and he’s learning all the time and going the right way.”

The northern-based trained is likely to be encouraged by the record eight-year-olds have in the Grand National over the last few years. Three of the last five winners have come from that age category.

Many Clouds prevailed as an eight-year-old in 2015. One For Arthur was victorious at that age in 2017, while Tiger Roll’s first success came when he was eight.

It remains to be seen if Top Ville Ben will attempt to add his name to the Grand National honours list in April but he looks sure to be a contender at some point in the future.