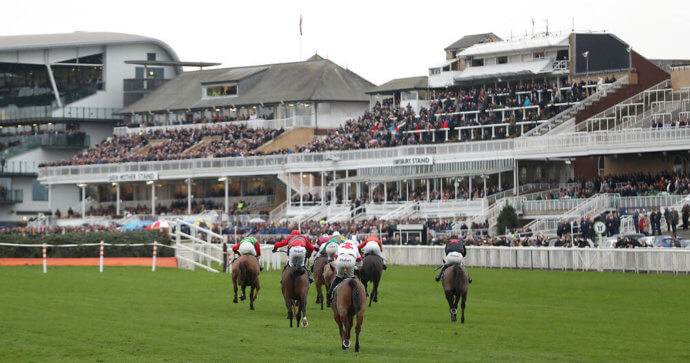 The bigger fences at Aintree, the marathon 4m2½f distance and the large field of 40 runners all add up to making the Grand National the most unique contest in horse racing.

Experience in this race can often prove invaluable. Tiger Roll aside, here is a look at three horses who may be able to build upon their performance in the 2019 contest when they return to the Merseyside course in April.

Magic of Light was arguably the biggest surprise of the Grand National in 2019 as he finished second behind Tiger Roll at odds of 66/1.

Jessica Harrington’s runner led at the 25th fence. He was headed just before the last but kept on gamely to finish just under three lengths behind the winner.

Connections would have been delighted with the way he handled the bigger obstacles and with how his stamina held up in the closing stages of the race.

The bookmakers make him a 16/1* for the 2020 renewal of the famous steeplechase. He is sure to have more weight on his back this time, however, he will know exactly what to expect with the experience of last year.

The Irish horse prevailed in a Listed contest at Newbury last month by a wide margin and is set to appear in a Grade Two event over hurdles this afternoon on his latest appearance.

Walk In The Mill

With just 10 stone 4lb, Walk In The Mill had one of the lowest weights in the race last year and he took full advantage of that mark to finish fourth.

The 2018 Becher winner had already proved he can handle the National fences prior to his debut in the race. However, connections now know the distance is not a problem for him.

Robert Walford’s stable star returned to the Grand National course last month to defend his crown in the Becher, becoming the first horse in history to land back-to-back renewals of that race.

With his regular pilot James Best on board in the Becher, the pair hit the front two out and never looked like being caught at that point.

Walk In The Mill is now 14/1* for the big race in April. He is unlikely to have any trouble getting into the 40-runner National field this year, so Walford has hinted his final prep run may come over hurdles.

Singlefarmpayment was at the back end of the Grand National field for the majority of the race last April. He was able to stay on though, to finish eighth when many of his rivals had cried enough.

Tom George’s chaser does not have too many gears now so this 4m2½f distance is probably the ideal distance for him at this stage of his career.

The run in the 2019 National was his first outing at Aintree. He was 28L behind Tiger Roll but connections would have been pleased that he got around the course.

The 10-year-old gelding is likely to have a second shot at the race on Merseyside at the back of the season. He has already featured three times in the campaign without success, his latest appearance coming at Cheltenham where he was seventh in a handicap chase.

Singlefarmpayment should appear at the Cheltenham Festival once again a month before the National. He could only finish 13th in the Ultima Handicap Chase on day one of the meeting in 2019 and that looks to be his target again.

All three of the above horses will find out how much they will need to carry in the 2020 race when the handicapper reveals the official weights next month.