The Grand National That Never Was 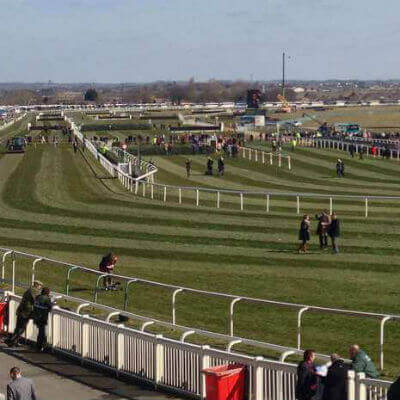 When you look at the Grand National Honours Board there is no winning name next to 1993 as unfortunately that year’s contest was declared void and has become known as the ‘race that never was’.

Protesters caused a lot of disruption at the start of the 4m+ contest on April 3, 1993, which did not help the horses settle.

The field forced a false start at the first time of asking and were recalled back to the front of the tape by the starter Keith Brown. Unfortunately, the red flag also went up at the second attempt when the tape was tangled around jockey Richard Dunwoody who was on board Wont Be Gone Long.

Thirty of the 39 runners carried on without seeing the flag, making it an impossible task to regather the full field back to the front of the tape for a third shot at a fair start. Those who had continued did admit afterwards that they saw lots of waiving around the course but they thought it was part of a protest.

The commentary team of Peter O’Sullevan, Jim McGrath and John Hammer continued their commentary on the race which was broadcast by the BBC but reminded the viewers that the most likely outcome would be a void contest.

Seven horses completed the full course with 50/1 shot Esha Ness finishing in first place. If the race would have been declared a result, it would have gone down as the second fastest time ever in the Aintree contest. Unfortunately for connections of the horse, Esha Ness goes down in the history books for all the wrong reasons.

The Jockey Club announced after the race that it would not be re-run later that afternoon or on another day with the horses still eligible. Bookmakers were forced to refund customers their stakes.

Changes to the starting procedure followed

One of the biggest changes which was made to the starting procedure at the Grand National, following an extensive enquiry, was that the starting tape was made sturdier. Instead of just a single line of tape, it was changed to three strands.

The width of the tape was also shortened so that the field did not spread too far across the course and limiting the chances of one of the horses getting too close.

Two officials are now assigned further up the course with fluorescent yellow flags which will be waived to the jockeys if a false start is called. Those two officials are radioed the information so they can get themselves into the correct position straight away.

There is also a third official further down the field whose job is to alert those who have missed the previous flags that they must come to a halt.

Fortunately for those associated with the race and for the millions who tune in to the famous steeplechase every year, there has yet to be a repeat of what happened in 1993.