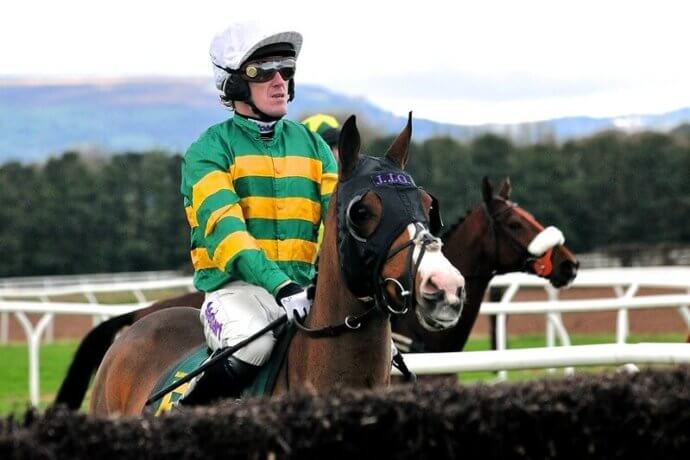 With 4,358 winners as a jockey, there is no doubt that Tony McCoy is the greatest National Hunt rider of all time. AP was crowned Champion Jockey 20 times throughout his career, landing the title every year he was a professional.

McCoy has won just about every leading National Hunt race on the calendar, including the Cheltenham Gold Cup, Champion Hurdle and King George VI Chase. Up until 2010, when he prevailed on Don’t Push It, it was starting to look like the Grand National could elude him.

The Irishman had 14 unsuccessful rides in the world’s most famous steeplechase before he carried boss JP McManus’ silks to victory. It was one of the most popular winners of the 4m2½f contest in its history.

To win a Grand National, you need a little luck to go your way around the Merseyside course. With 40 runners, the daunting big fences and gruelling marathon trip, the race generally leads to some horses running into a bit of trouble along the way.

McCoy has had a habit of things out of his control going against him. The most notable of those came in 2005 on board Clan Royal. The pair were leading the race on the second circuit when he was brought down by a couple of loose horses at Becher’s Brook. Although we will never know if Clan Royal would have gone on to win the race, he was travelling very strongly at that point.

Twelve months later, McCoy partnered Clan Royal once again. Jonjo O’Neill’s runner finished third in the race won by Numbersixvalverde. He came back just a short-head behind Hedgehunter, who was second in his bid to retain his crown.

Gamble Behind Don’t Push It

Don’t Push It’s victory in 2010 reportedly cost the bookmakers millions. McCoy’s runner was backed down from 20/1 to 10/1 joint-favourite just hours before the race.

Given he was the most high-profile jockey in the National every year, with the headlines emphasising his drought in the race, and whatever McCoy chose to ride in the Aintree feature tended to be well backed.

The money which forced the bookmakers to slash Don’t Push It’s odds in half was likely to be enormous in 2010, making it one of the biggest successful Grand National gambles in history.

Unlike in many previous attempts, McCoy was fortunate to get a drama-free trip around the Grand National course with Don’t Push It in 2010.

McCoy kept his mount in mid-division in the early stages of the contest. He went second two fences out and then hit the front just before the last obstacle. The gelding stayed on strongly on the Flat around the elbow and was able to record a margin of success of five lengths.

His victory in 2010 meant McCoy helped racing grab the headlines on the front and back pages of the newspapers the following day. The public, aware of McCoy’s record in the race, were delighted he was able to get his first win.

Later in 2010, McCoy was named as the 2010 BBC Sports Personality of the Year. He became the first jockey to win the prestigious award and lifted the trophy ahead of the likes of Phil Taylor, Jessica Ennis and Lee Westwood, who were all also on the shortlist that year.

McCoy was also awarded an OBE in 2010 for his services to horse racing. His National win will long live in the memory as one of the great moments in the race’s long history.