Rathvinden will know what to expect on second National bid 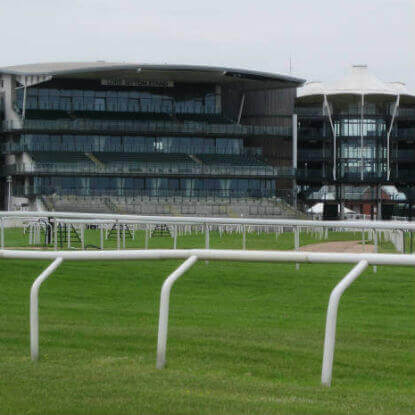 Photo (cropped) by Rept0n1x is licensed under CC BY-SA 3.0

For large parts of the 2019 Randox Health Grand National, Rathvinden looked to be travelling better than any of his rivals for his trainer Willie Mullins.

The talented grey eventually came home in third place though behind Tiger Roll and Magic of Light respectively. Connections would have been delighted with their horse’s performance in his first shot at the world’s most famous steeplechase.

There were just five lengths between Rathvinden and Tiger Roll at the finish at Aintree back in April. Mullins’ chaser is sure to have his supporters to reverse that form if the pair do clash again in the race later this year.

Rathvinden is 33/1* with the bookmakers in the 2020 National betting, much bigger than the 7/1* which is generally available on Tiger Roll who is bidding to win the 4m2½f contest for the third straight year.

Irish horse would be oldest winner since Amberleigh House

Last year’s third place horse is now 12, and, if he is successful at Aintree, he will be the first winner from that age bracket since Amberleigh House scored in 2004.

Only two 12 year olds have landed the Grand National in the last 30 years with Royal Athlete being the other winner when he came out on top for Jenny Pitman in 1995.

Those stats are unlikely to be enough to put Rathvinden’s connections off another Grand National bid. He took to the bigger fences very well in 2019 and proved he has the stamina for the staying contest.

Rathvinden has featured twice since Aintree

Mullins’ chaser has had just the two racecourse appearances since hitting the frame in the 2019 National. He travelled across to France back in May for the Grand Steeple-Chase de Paris where he finished a long way down the field.

After a break over the summer, Rathvinden made his reappearance at Clonmel last month. He went off as the 11/10 favourite in a hurdles contest over 3m but had to settle for fourth place of the seven runners.

Mullins has yet to reveal his plans for early in 2020, however, it would be no surprise to see the gelding head straight to Aintree. He only had one run before his appearance in 2019 National so this isn’t something that will the Irish Champion Trainer.

Rathvinden has been tipped to be a Grand National winner ever since he recorded success in the 4m chase at the Cheltenham Festival in 2018. The Irish horse relished the stamina test that day where he stayed on strongly at the finish to get the better of his rivals.

The National contender also recorded victory at Grade Three level in 2019 when he scored in the Bobbyjo Chase at Fairyhouse. That was the race in which Mullins’ only previous National winner, Hedgehunter, landed before he went onto glory at Aintree.

Mullins is likely to have one his strongest teams yet at Aintree in April with Irish Grand National winner Burrows Saint and 2018 runner-up Pleasant Company set to represent him. It has been 15 years since he tasted victory in the race on Merseyside, so he will be desperate to end that wait for his second winner.