Which racecourse ranks top of the pops for a bottle of Prosecco?

As the horse racing season builds up to a busy summer period, research has revealed which punters are forking out more than the rest to enjoy a bottle of bubbly on race days. The research from Grandnational.org.uk staff has looked at the prices of a bottle of prosecco at every racecourse in the UK in 2020.

Prosecco prices at Aintree seem to be in the median range, a few quid above average, though Grand National attendees need not feel too hard done by. 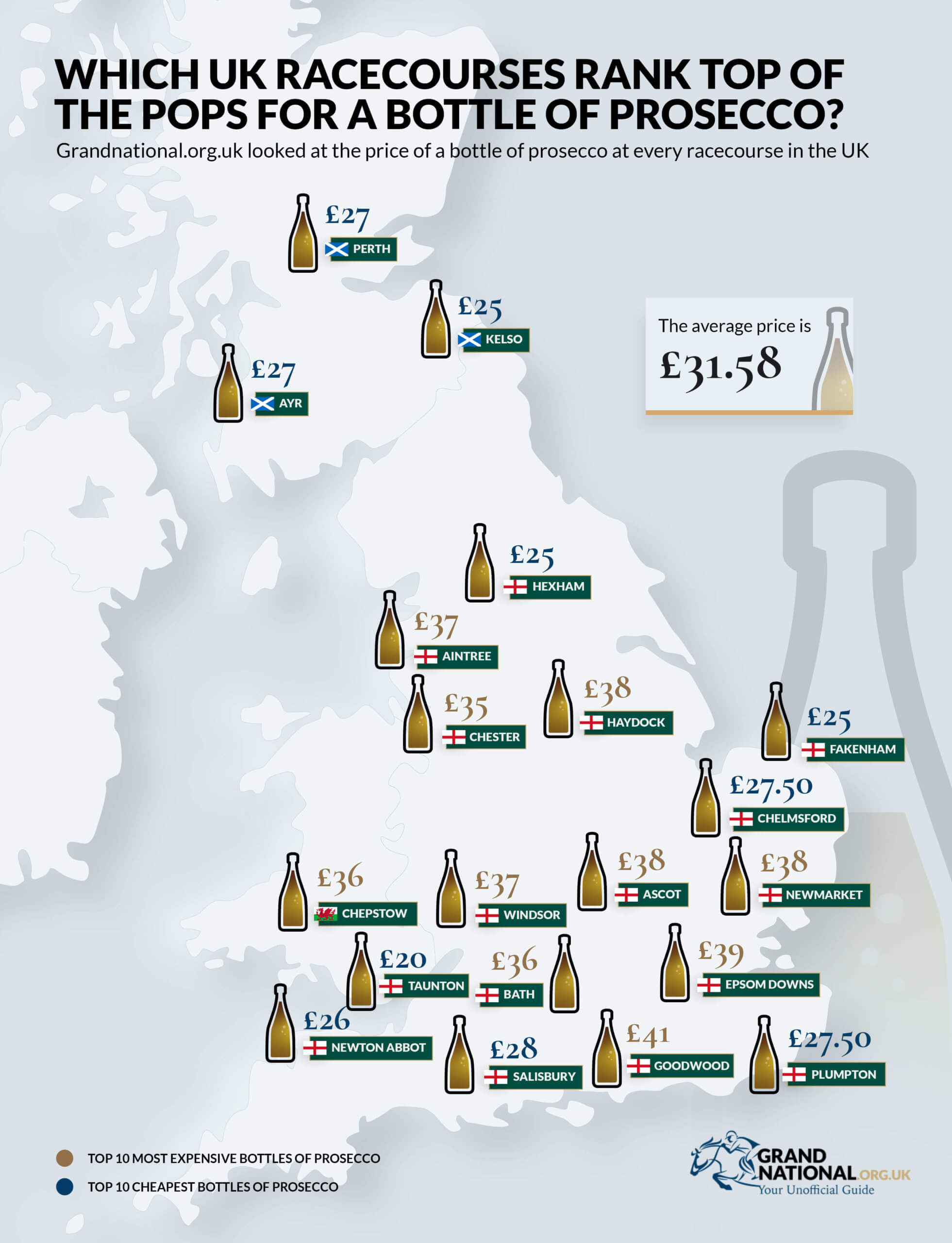 The research unveiled Taunton Racecourse as the cheapest available bottle of prosecco at £20, which is over 50% (£21) cheaper than the most expensive bottle available. Taunton is £5 cheaper than the next cheapest racecourse, with Hexham, Kelso and Fakenham all costing racing fans £25.

At the other end, it’s no surprise to see Goodwood top the priciest list. The Sussex race meeting offers the cheapest bottle of prosecco at £41 and is ranked as the most expensive available at any racecourses in the UK.

Interestingly, Cheltenham Racecourse was the only race meeting not to offer a bottle of prosecco to customers. For punters attending the event next month, the nearest alcoholic alternative is champagne, available at £60 a bottle.

English racecourses dominate the top 10, with Chepstow Racecourse in Wales being the only racecourse to feature outside of England. Hamilton Racecourse is revealed as having the most expensive bottle of prosecco in Scotland, coming in at £30, which is £2 more expensive than the second highest at Musselburgh Racecourse.