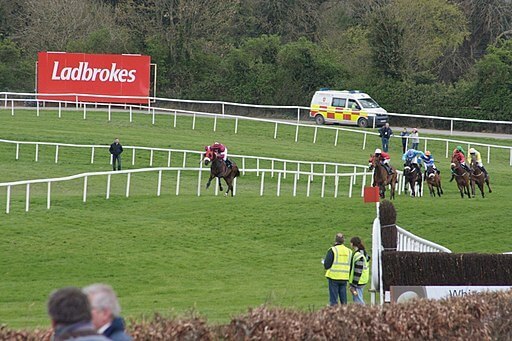 It was a case of third time lucky at Punchestown yesterday for their Grand National Trial as the previous two attempts to stage the meeting were postponed due to the weather.

The race was won by Willie Mullins with Ifyoucatchmenow who stayed on strongly at the finish to get up late by a head in front of Augusta Gold.

Although neither of front two have entries in the Grand National at Aintree, the 3m4½f contest was used as the final preparation run for a number of horses which are set to travel across to Liverpool in April.

Gordon Elliott will have a strong hand in the 2020 Grand National with the hat-trick seeking Tiger Roll his main hope. His supporting acts could have strong claims themselves though, including General Principle, if he makes it into the final field.

General Principle finished fourth of 19 runners in the Punchestown Grand National Trial. He was at the front end of the field in the business end of the race and although he weakened in the home straight, it was a performance which will encourage his connections.

The 11-year-old chaser is having his second shot at the Grand National this year at Aintree. He fell at the 18th fence in 2019 when he was in midfield.

Elliott’s runner was off a mark of 137 when the Grand National weights were launched earlier this month. He needs a lot of runners to drop out to sneak into the field but if he does get in, he would only need to carry 9st-5lb, which would make things much easier than 12 months earlier.

Out Sam is another Elliott runner who finished the course as Punchestown as he came back sixth on ground which proved very testing at the Irish track.

Like his stablemate General Principle, Out Sam will also need some help to be part of the 40 runners which line up at Aintree. He was allocated 9st-8lb by the handicapper as he has been unable to record success since scoring at Cork in November 2018.

Elliott’s chaser’s best outing this season came at Cheltenham in a cross country contest where he was third of 15 runners. Out Sam has featured at Aintree before, however, not over the bigger fences.

Roaring Bull and Spider Web both pull up in disappointing runs

Roaring Bull and Spider Web were the highest rated horses at Punchestown but both struggled to concede weight to their rivals.

Spider Web was held up towards the rear of the field and was not fluent over the early fences at the Irish track. His jockey Thomas Mullins opted to pull his horse up before the 12th when he was a long way detached from the leaders at the time.

Paddy Power Chase winner Roaring Bull went off at 12/1 at Punchestown and was running well until his weight started to show in the final three furlongs. The seven-year-old was pulled up with two fences left to jump.

Connections of those two horses will also be hoping their horses make it to Aintree where they would be sure to carry one of the lowest weight allocations in the contest.