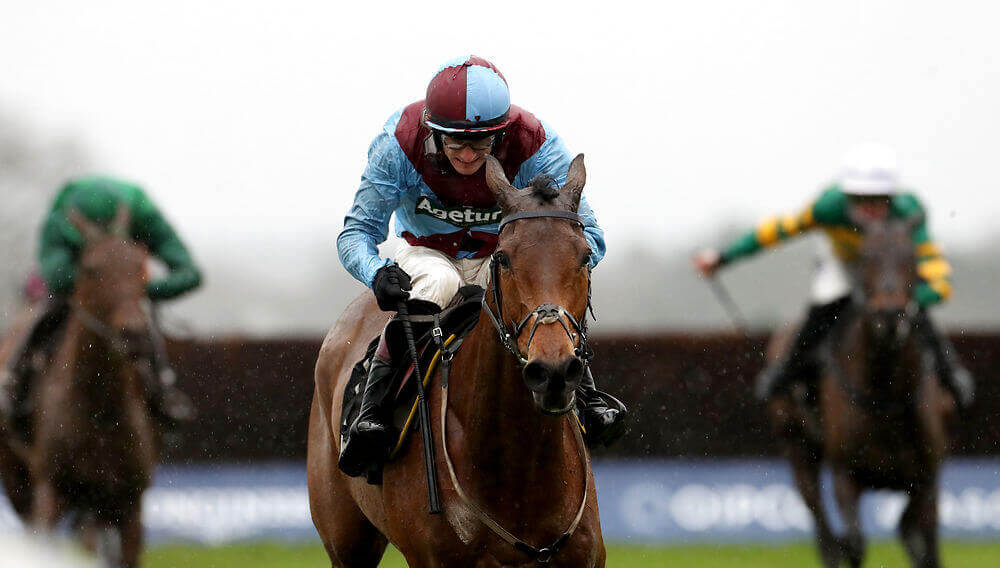 Gloucestershire-based trainer Nigel Twiston-Davies has won the Grand National twice as a trainer and he goes into the 2020 renewal of the race with a superb chance of making it a hat-trick of wins.

Twiston-Davies was first successful in 1998 when Earth Summit landed a gamble to claim victory in the marathon race in heavy conditions at Aintree. Four years later, the Grange Hill Farm trainer was celebrating again as Bindaree came out on top.

Here is a breakdown of Twiston-Davies’ runners this year and what chance they have of sealing the £500,000 first prize.

The second highest-rated horse in this year’s Grand National field will be Bristol De Mai who has only Tiger Roll ahead of him in the weights.

Bristol De Mai deserves his position at the top end of the race card as he is a three-time Grade One winner over fences. His biggest success came in the 2017 Betfair Chase where he blew away the field by 57 lengths.

The nine-year-old is set to go up 2lb in the future so is arguably off a good mark for the race. He will line up in the Cheltenham Gold Cup at the Festival next week before a first shot at the Aintree contest where he is 20/1* in the betting.

A victory at Ascot earlier this month in the Keltbray Swinley Chase may suggest Ballyoptic has found form at exactly the right time in the season for Twiston-Davies. He was right back to his best at the Berkshire racecourse, scoring by eight lengths.

Ballyoptic is now 6lb better off in the Grand National as the weights for the race were set before his Ascot victory. The bookmakers did react to that success though, by slashing his odds into 25/1* from 50/1*.

The son of Old Vic fell in the 2017 renewal of the race at Aintree, however, he did get around the course in the Becher Handicap Chase back in December. Stamina should not be an issue for the horse as he was second in the 2018 Scottish Grand National over 4m.

The Hollow Ginger scored for the second time in five starts over fences at Leicester last time out. At the age of seven, the second-year chaser will not be the most experienced runner in the field, however, he remains open to improvement, especially over a longer trip.

The season started well for Crievehill with back-to-back wins. Since then though, his form has dipped away. He was a long way down the field at Kempton in a Grade Three contest on his latest appearance. The 66/1* outsider has featured once over the Grand National fences and that was when he was sixth of 11 in the Grand Sefton in 2018.

Veteran chaser Cogry has been in good form this season as he has not been out of the frame in his three starts in the campaign. If the 11-year-old is to be part of the 40-runner field in April though, he will need a lot of the horses ahead of him in the weights to withdraw.

Cogry won the Grade Three BetVictor Chase at Cheltenham back in December. He has never featured in a Grand National but he did run in the 2018 Becher, unseating his rider in the race.

Grade One winning chaser who has jumped well over the bigger fences in his three attempts so far. He was fourth in the Grand Sefton back in December. He will need to prove his stamina over 4m2½f in the 40-runner contest in April.

Townshend has won his last two races which has given him an outside chance of being in the Grand National field. The improving chaser won over fences at Ascot over 3m on his latest start. He would be off one of the lowest weights at Aintree if he makes it in.