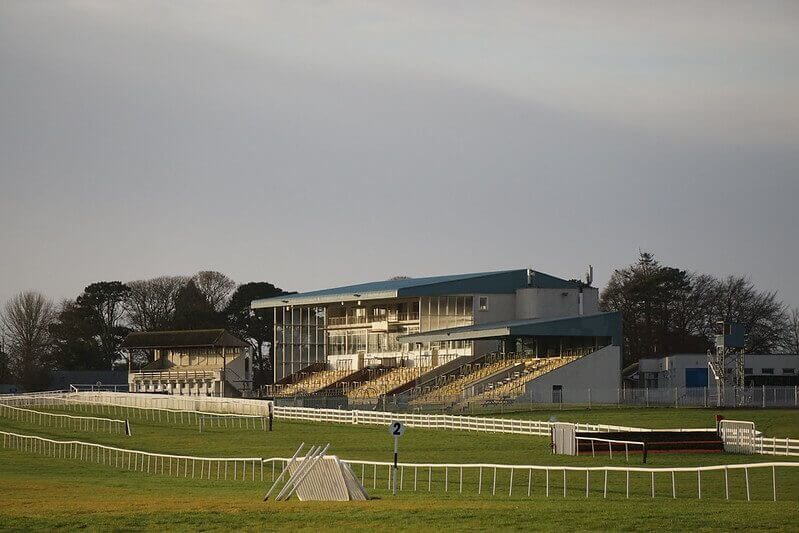 Naas Racecourse: Photo by stephen_dagg is licensed under CC BY 2.0

On Sunday Naas host the Leinster National, a 3m handicap worth £59,000 to the winner. Its timing is ideal for the Grand National itself with just one month to Aintree and with Irish horses dominating recent Nationals it could very easily throw up this year’s Aintree hero.

Irish champion trainer Willie Mullins, who won the 2005 National with Hedgehunter, has won the last two Leinster National’s with Pairofbrowneyes and he is responsible for almost a third of the entries for this year’s renewal.

Recent runaway Bobbyjo Chase winner Acapella Bourgeois is probably the standout name among the Mullins entries. After that 15L win in a race which is historically a fine National trial Acapella Bourgeois is 33/1* best price for Aintree success and if he lines up on Sunday and wins those odds will further contract.

Alpha Des Obeaux will shoulder top-weight in the Leinster National if taking his place and at 25/1* he is the shortest priced runner in National ante-post books.

The Gordon Elliott trained 10-year-old was going nicely until falling at the Chair in 2018 before missing last year’s renewal with a minor injury. He has made the frame in all four races this season without success but he very much has the look of a horse being primed for big targets this spring and of course there are none bigger than the National.

At this stage eight-year-old Chef Des Obeaux is an enigma wrapped in a riddle but the former Nicky Henderson inmate now with Willie Mullins has always suggested he has a big prize in him. The former Grade 2 winning hurdler is yet to win for Mullins and he flopped when fancied by his trainer last time in the Thyestes.

Stamina has always looked his strong suit however, so a good showing at Naas could see his current 40/1* odds for Aintree contract.

Last year’s Grand National Trial winner at Punchestown, Dounikos, is also among the entries but he flopped at Aintree and in the Irish National afterwards.

He has only raced once this year but is likely to be among the Gigginstown battalion rolling into Merseyside in April.

Another Mullins entrant Class Conti who chased home Total Recall in the Thyestes belying his 33/1* odds is in the Leinster National too.

He is relatively unexposed over staying trips and 50/1* for Aintree glory.

Also among the Mullins entry is Cabaret Queen, who I’m told by a part owner, is slightly more likely to go to Cheltenham for the Kim Muir. She won the Munster National in October and although things haven’t gone to plan since, the Grand National is very much her end-of-season target.

Entries close for Naas on Friday so we will then have a better idea as to which of the current 37-strong entry are taking their place but it is certainly a race worth keeping a close eye on with the vast majority of the higher-rated horses entered for Aintree 27 days later.