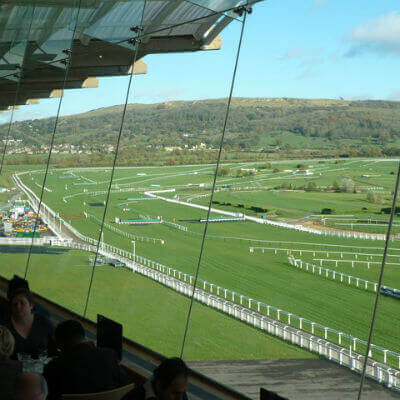 Photo by Chris Allen is licensed under CC BY-SA 2.0

The O’Brien family in horse racing is renowned for success on the Flat, with Aidan O’Brien having won just about every major contest in the UK and Ireland.

Aidan’s son Joseph has followed in his father’s footsteps since picking up a trainer’s licence in 2016. He’s had victories in the Irish Derby, Melbourne Cup and Breeders’ Cup Filly & Mare Turf on the Flat.

Unlike his Dad, the young Irishman also has a small group of horses which feature in National Hunt racing. He saddled Le Richebourg to victory in the 2019 Arkle at the Cheltenham Festival, and, in 2018, Band Of Outlaws and Early Doors both scored at the meeting.

O’Brien could now be preparing for his first ever runner in the Randox Health Grand National in 2020 with Mortal who is a 20/1* shot with the bookmakers.

Mortal featured at Grade One level as a novice

Mortal made a successful opening start over fences last season when he scored in a beginners’ chaser at Fairyhouse. That victory ensured he was able to step up in level without delay.

O’Brien’s gelding took his chance in the Grade One Neville Hotels Novice Chase on his second run. He proved he was good enough to line up at that level as he came home as the runner-up behind Delta Work who also ran in the Gigginstown Stud silks.

Although he was unable to add to his tally in his novice campaign, he also featured in the Flogas Novice Chase at Leopardstown and the RSA Chase at the Cheltenham Festival, an indication of how highly he is regarded in his stable.

Early runs this season point to a Grand National campaign

The two runs Mortal has had this season both point to the Grand National being the target in April. He opened up over fences in a five-runner contest at Gowran Park in a race which was won by Getabird. O’Brien’s runner was always at the rear of the field and looked like he needed the outing.

Mortal was back out over the festive period in a handicap hurdle at Leopardstown. The son of King’s Theatre had just one horse behind him in a 25-runner field where he never really got into the race.

His two appearances this season will have done no damage to his mark in the weights. He is now rated at 147 over fences so as long as the defending champion Tiger Roll is in the National field, he should be receiving a decent amount of weight from the top horse on the race card.

If he does have his first runner in the National in April, O’Brien will be hoping to continue Ireland’s excellent record in the 4m2½f contest in recent years.

Three of the last four winners of the Grand National have been trained in Ireland. That stat has obviously been helped by Tiger Roll’s two victories, however, historically, Irish horses have performed well in the stayers’ race.

Mortal is now eight years old and three of the last five winners have been that age when they have lined up at the Merseyside track. O’Brien is likely to believe that his horse has the quality to prevail at the first time of asking.

Success for the young trainer would ensure he enters the history books as the first trainer to win both the Melbourne Cup and Grand National, two races which are known for having a huge appeal in their respective nations.

*odds are subject to change.