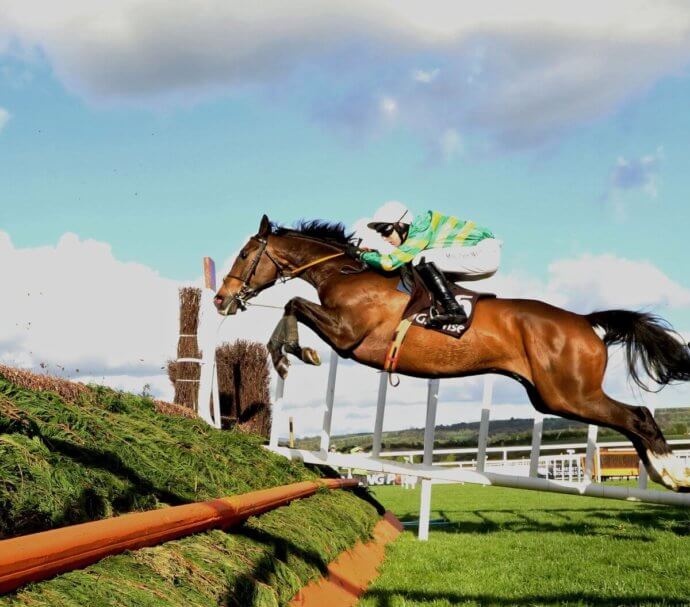 As the great Organist Professor Ian Tracey sounded the final notes to the Champions Theme yesterday at Aintree, all eyes and minds turned to the revealing of the weights for the 2020 Grand National.

The horse on almost everyone’s minds was dual-champion Tiger Roll. His owners, Gigginstown House Stud, have been very vocal about their star attraction’s participation hinging on how the handicapper weighted him. The 1lb he has been eased for the big race was not news the owners took well and there is now genuine doubt whether he runs or not.

Of course, bad news for some means good news for others and there were plenty of other connections who seemed pretty pleased with their racing weight, which will only change now should Tiger Roll come out of the race.

Owner JP McManus is undoubtedly the biggest owner in National Hunt racing. He has over 500 horses in training and has won just about every big race in the sport, but somewhat surprisingly has only once landed the Grand National, with Don’t Push It in 2010.

Legendary jockey AP McCoy, who rode Don’t Push It, said yesterday on behalf of the Martinstown House team: “Kimberlite Candy is the shortest one in the betting. He won nicely at Warwick and before that had run well over the National fences in the Becher. I wouldn’t say he has been specifically trained for the National – he won the big one at Warwick, so he was definitely trained for that race.

“Anibale Fly has been a good horse but is getting on a bit. I would imagine he’ll run at Aintree and he’s better off at the weights with Tiger Roll, but rightly so given the way he has been running this season. On his best form he would have a chance.

“Ok Corral got a very good ride at Doncaster last time but has been a bit hit and miss. Any Second Now won the Kim Muir last season and finished third in the Leopardstown Chase. His trainer certainly knows how to win the National.

“Regal Encore will probably get into the race but I would be surprised if he could win a Grand National – if the race was run at Ascot he would definitely win it, though!”

Master trainer Paul Nicholls, who won the race in 2012 with Neptune Collonges, gave an upbeat bulletin on his likely duo yesterday.

“Yala Enki’s very much like Neptune Collonges as he’s a real stayer with a touch of class. He’s run well over three-and-a-half miles at Haydock and he’s a similar type of horse. Bryony (Frost) rides him well and gets on well with him, she suits him,” he said.

“He was only beaten a little way at Chepstow. I’m still learning about him and I think I can get him better than we’ve had him. He won well at Taunton.”

Yala Enki could run in the Unibet Grand National Trial at Haydock on Saturday although Badger Ales Trophy-winning stablemate Give Me A Copper, who is part-owned by Sir Alex Ferguson, will head straight to Aintree.

“He needs to be fresh like he was before the Badger Ales,” Nicholls said. “We’re not going to run him beforehand. He has a lovely weight and I always thought he’d be a great Aintree horse.”

Yala Enki is currently a best price 33/1* for the National, while Give Me A Copper is 40/1* in places. The McManus quintet sees Kimberlite Candy shortest at 20s, Anibale Fly and Any Second Now are both around 25/1*, while dark horse OK Corral is 33/1* generally. Regal Encore is the outsider of them all at 66/1*.