Ten days out from the race, Grand National news is dominated by shock scratchings. For the 2018 Grand National, the Paul Nicholls-trained As De Mee has unfortunately been ruled out of the Grand National with a leg injury.

The 8 year-old had been around 50/1* in the Grand National ante-post betting markets and was deemed as a live outsider by many punters. He landed the 2016 Grand Sefton over the National-style fences and has also finished fifth and seventh in the Topham Chase at the meeting in the past.

Paul Nicholls added on his Betfair blog “I’m disappointed to report that As De Mee is out of next week’s Grand National after sustaining a minor leg injury.
“I’ve been preparing As De Mee all season with the Grand National in mind. Hopefully he might get there next year if he is back in full training by Christmas.”

Meanwhile, Go Conquer has been pulled out to direct his efforts at the Topham Chase. This will mean trainer, Jonjo O’Neill will only have one horse in the 2018 Grand National – Minella Rocco. 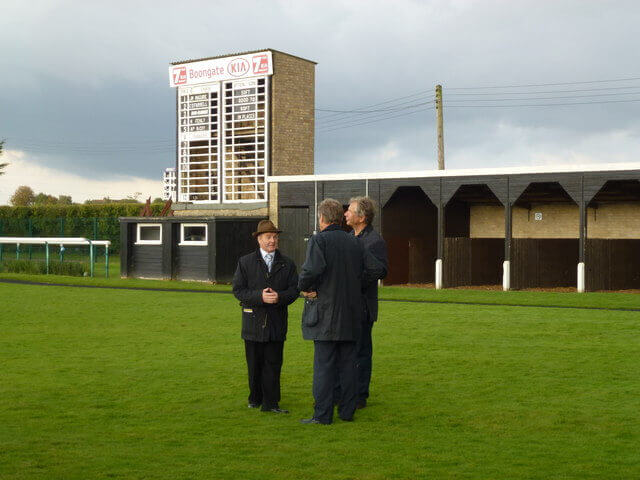 Andrew Tulloch, the Aintree course clerk, has described the Grand National course as soft, heavy in places as of Tues 3rd April 2018.

Tulloch said; “On the Grand National course we’re mainly soft with a couple of heavy places around the Canal Turn and Valentine’s Brook. The Mildmay course would be good to soft. Sunday and yesterday were pretty horrible, with 22mm of rain yesterday, but the course has taken it well. Although it looks as though we’re going to be between 12C and 14C over the coming days, it would be helpful if we could be warmer than that to encourage the grass to start growing. We could have showers this week, a few of them heavy, but at this stage it’s too far out to be making any predictions about the ground we’ll have from next Thursday.”

On Wednesday 4th April the powerful Willie Mullins camp have confirmed that Total Recall, Pleasant Company and Children’s List are going to be his three runners in the 2018 Grand National (14th April).

This will mean Rathvinden and Acapella Bourgeois will not be targeted at the race. Total Recall, who landed the Ladbrokes Gold Trophy at Newbury earlier this season and was running a big race until falling in the Gold Cup last time is a general 11/1* chance and many bookmakers favourite.

Mullins’ sole National win came with Hedgehunter back in 2005.

Pleasant Company is around 40/1 in the Grand National betting market and has history in the race after running a fair 9th in the 2017 renewal. This 10 year-old was beaten 28 lengths 12 months ago but might have got a lot closer had he not stumbled at the 25th fence. He is rated 1 pound lower this time and is set to carry 2lbs less in weight.

Children’s List will be running in the famous Rich Ricci colours and making his debut in the race. This 8 year-old gets in here with just 10-7 to carry and can be expected to have come on a lot for his last run at Punchestown as that was only his second run since December 2016. He’s around 50/1* in the betting.

By Enda McElhinney
Rachael Blackmore made Grand National history in April 2021, becoming the first female rider to win the world’s most iconic jumps race but how well do you remember the recent roll of honour at Aintree? Here’s a quick recap of the last ten Grand National winners at the famous Merseyside venue. 2011 – Ballabriggs The […]
Bookmaker Offers