Five Leading Jockeys Who Have Yet To Win the Grand National 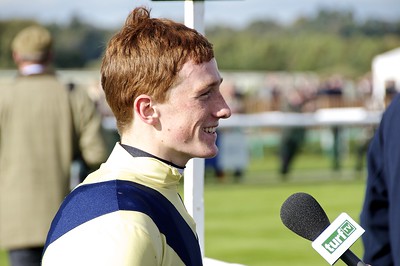 The Grand National is the race which every young jockey grows up dreaming of winning. With a maximum field of 40 runners lining up each year, it is not an easy race to win.

It took the greatest of them all, Tony McCoy, 15 attempts before he prevailed for the only time in his career in 2010 with Don’t Push It.

Here is a look at five jockeys who are going into the 2020 renewal of the 4m2½f contest looking for their maiden victory.

Champion Jockey Richard Johnson has the unfortunate record of having the most rides in the Grand National without success. When he got on board Rock The Kasbah in 2019, it brought up his 21st appearance in the race.

Johnson came close to success in 2002 with What’s Up Boys as the pair finished second, just under two lengths behind Bindaree. He also had to settle for the runner-up spot in 2014 with Balthazar King, who chased home Pineau Du Re.

Despite his record, Johnson is sure to not be short of options in the 2020 contest. Having finished runner-up behind McCoy on 16 occasions before he came Champion Jockey, he knows all about patience.

Earlier this year, Brian Hughes recorded his 1,000th success on the track. With over 100 winners to his name already this season, he is on course for his best ever tally.

Hughes has grown a reputation over the years as being the best rider in the north. His experience and knowledge of the northern tracks has made him the go-to jockey at places such as Wetherby, Catterick and Newcastle.

Although he has yet to score in the Grand National, Hughes has enjoyed success over the bigger fences in the Topham Chase and the Grand Sefton Chase.

Sam Twiston-Davies made his debut in the Grand National in 2010 and finished fifth in the race on top of Hello Bud. Unfortunately for him, he has been unable to better that since.

Twiston-Davies will know all about Grand National glory as his father Nigel has won the race twice as a trainer. He was successful in 1998 with Earth Summit, while four years later Bindaree scored for the Gloucestershire-based handler.

The leading jumps jockey has seven Cheltenham Festivals wins and has scored in the Scottish Grand National, so he is capable on the big occasion.

Another jockey who is from a Grand National-winning family is Tom Scudamore. His grandfather, Michael, won the race in 1959 with Oxo, while his Dad, Peter, also rode in the popular steeplechase.

Scudamore doesn’t have a record in the Aintree contest, but then again he has never had the luxury of riding one of the fancied runners in the race.

The son of the eight-time Champion Jockey has won over the Grand National fences with Vieux Lion Rouge. He had to settle for 15th place on board that horse in the 2019 contest won by Tiger Roll once again.

The biggest day of Paddy Brennan’s career so far came in 2010 when he won the Cheltenham Gold Cup with Imperial Commander. Although that is going to be hard to beat, a first Grand National win would certainly be on a par.

Brennan’s best appearance in the Grand National came in in 2015 when he was second on Saint Are. His horse finished just over a length behind Many Clouds in an excellent outing at the Merseyside track.

Given his experience and the number of winners he has ridden, Brennan is likely to be of interest for many owners when they book a jockey for their horses for the April contest.