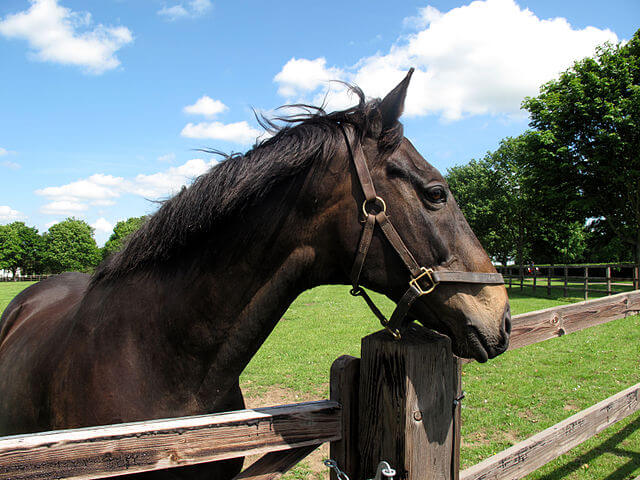 The Aintree Grand National is one of the world’s most recognisable horse races and one that has produced a long list of dramatic stories, thrilling finishes and often big-priced winners.

With this year’s Grand National on April 4 creeping ever closer, we look back at some of the horses that have defied their apparent chances of glory in the Merseyside marathon, including two trainers winning at their first attempt and one Aintree icon.

Victory for Amberleigh House in 2004 stirred memories of the greatest ‘National horse’ of them all, Red Rum. Ginger McCain trained the magnificent three-time winner in mid-1970s and he struck again with Amberleigh House at the ripe old age of 73.

McCain’s interest in the Grand National had started to drop off somewhat before the legendary trainer got that old twinkle in his eye as Amberleigh House prepared to bid for success. Aged 12, he carried 10st 10lb to victory under Graham Lee, having looked out of contention at the final fence.

Co-favourite Clan Royal, long-time leader Hedgehunter and Lord Atterbury jumped the last fence almost in unison, with Amberleigh House some 10 lengths in arrears. As they came past the elbow, Lee and Amberleigh House surged ahead and went on to win by three lengths at odds of 16/1.

“He’s a professional. He’s the best thing that has happened to me for a long, long time,” a tearful McCain said after the race.

Pineau De Re’s success remarkably gave trainer Dr Richard Newland victory in the Aintree marathon at his very first attempt. Operating a small team of horses from his base near Worcester, Newland had just recently given up his surgery practice in order to focus all of his efforts on racing and was rewarded in spectacular style.

Aged 11 when he won, Pineau De Re carried 10st 6lb to victory and had previously fallen on his only Aintree outing in the previous December’s Becher Chase over the National fences. He proved his form when winning a veterans’ chase at Exeter before warming up for Aintree by finishing third in the Pertemps Final over hurdles at the Cheltenham Festival in March.

Leighton Aspell had brought Pineau De Re to the fore before jumping the final fence with a clear lead and he never looked likely to surrender up the daunting run-in, beating off Balthazar King by five lengths.

“It’s a dream come true – a dream that we’ve had for about 30 years,” Newland declared post-race.

While he still operates a relatively small team of horses from his yard at Claines, ‘the good doctor’ has developed a reputation for placing his charges exceptionally well and is one to keep on side.

It was a fresh-faced Gordon Elliott that greeted 2007 Aintree hero Silver Birch back into the winner’s enclosure. The Co Meath handler has well and truly established himself in the training ranks since although in 2007 Elliott was relatively unknown.

His training license was not yet a year old and Elliott had yet to saddle a single winner in Ireland before he revitalised Silver Birch to secure Grand National glory when repelling the late lunge of Mckelvey.

Silver Birch had gone more than two years and eight races without success, falling in the previous year’s Grand National when trained by Paul Nicholls.

Yet Elliott worked the oracle and Robbie Power’s mount held off the fast-finishing Mckelvey under Tom O’Brien, with Barry Geraghty and Slim Pickings close behind in third.

“We will have a party and enjoy it, then think about the next move,” the winning trainer vowed after Silver Birch had won.

Elliott is now firmly part of Aintree folklore, with his hat-trick seeking Tiger Roll likely to dominate the build-up to the 2020 Randox Health Grand National.