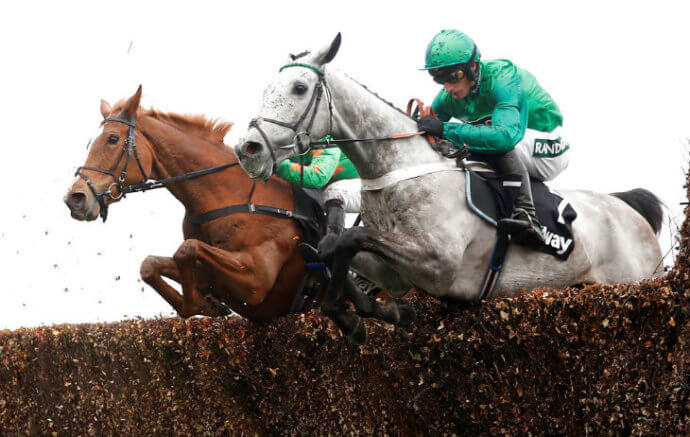 The Grand National is the most famous steeplechase in the world. It is an epic 4m2f journey around Aintree comprising 30 jumping tests that have long been considered the most daunting in racing.

For many in the racing world, including owners, trainers, jockeys and punters alike it is the ‘Holy Grail’. The 2020 Grand National will be no different as the contenders make their way to Aintree to try and dethrone two-time defending champion Tiger Roll in his bid for immortality.

With the great race fast approaching, here are some pointers to consider when making your big-race selections.

A general rule of thumb when considering the Grand National field is to rule out any horse younger than eight-years-old.

It is now 80 years since Bogskar won as a seven-year-old, something no horse has managed since. After a spell of dominance for ‘older horses’; three of the previous five winners have been eight-year-olds, while Tiger Roll retained his crown last season at nine.

The age category to focus on is nine to eleven year-olds – a grouping that accounts for 15 of the 20 Aintree winners this century.

Experience is a key factor in trying to win the Grand National. The hustle and bustle of Aintree combined with the unique demands of the race itself makes it a necessity for the winner to conserve every bit of energy possible.

Younger horses have in the past tended to run keen early in the race and thus throw away their chances of winning before the contest begins to get serious.

The weights are of course a key component for any handicap, but nowhere more so than the Grand National.

The announcement of the official BHA Handicap marks for the National is for many contenders an important moment and comes up in early February.

The statisticians will tell us to draw a line in the sand at 11st 5lbs and focus on runners carrying less on their backs, a trend Tiger Roll is going to have to defy this year.

In the last 72 renewals of the Grand National, only seven horses have bucked this trend.

In 2015, Many Clouds defied the stats as Oliver Sherwood’s winner carried a whopping 11st 9lbs – although it is worth remembering just how much Leighton Aspell’s mount was tiring from the elbow to the winning post.

Carrying a big weight is a huge ask, but with better horses now trying their luck in the race each year it has become more problematic writing off those near the top of the handicap.

t almost goes with saying, but to win the Grand National a horse simply must have an almost endless supply of stamina.

It is an energy-sapping contest like no other and with very few marathon-like trips to be had in the year, the final two furlongs are often a complete unknown for most runners.

The BHA rules ensure all runners must now have finished 4th or better in a chase of three miles or further in order to run in the Grand National.

That reduces slightly the worry that a horse will not stay the journey, but when looking for a Grand National prospect it remains paramount to find a horse with a proven liking for stamina-sapping races at extended distances.

The Grand National is no place for a novice chaser. With 40 runners and 30 fences to contend with, it is essential for a horse to be streetwise in this race. Avoiding the trouble is often reliant on a bit of luck in running but it is also of paramount importance that a horse does not succumb to the big occasion.

To win a Grand National a horse generally will have run on at least ten occasions over fences in its career before arriving at Aintree.

Recent winners like Mon Mome, Silver Birch, Hedgehunter, Amberleigh House and Montys Pass all managed to land the prize having run unsuccessfully in the contest a year previously.

Having had a previous try at this unique test is usually a positive for any horse that returns to Merseyside.

Grand National enthusiasts will point to the fact that the official ratings can help us scratch many of the runners from contention.

The official rating given by the BHA to each of the runners is designed to qualify the ability of each horse in the race and there are clear trends to follow in terms of where in the ratings the winner is likely to come from.

History tells us that it generally pays to concentrate on horses rated between 136 – 157 in the official ratings -anything rated 135 or less is more than likely not good enough to win a National.

With the quality of contender for the Grand National increasing, we are seeing a sway in that horses from higher up in the ratings are now getting involved.

Many Clouds was rated 160 – the second highest in the race when he scored in 2015, while Tiger Roll successfully defended his crown in 2019 off 159.