Could History Be Made In The Grand National In 2020? 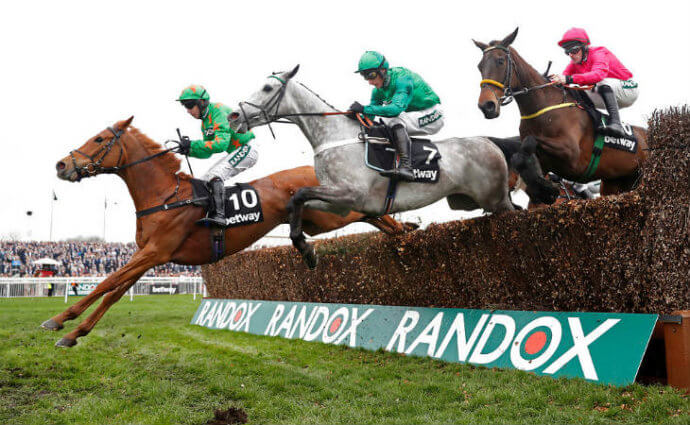 Each year the Grand National has a great habit of throwing up great storylines following the 4m2½f contest.

Bob Champion’s victory in 1981 after overcoming cancer, and then, just 12 months later, Peter Simple becoming the oldest jockey to win the race at 48 are just two examples which immediately stand out.

This year’s contest has the potential to create some more Grand National history so here is a look at some of the storylines which would ensure the winner achieves something special in the famous steeplechase.

All the headlines going into the 2020 Grand National will be about Tiger Roll – and rightfully so. The 2018 and 2019 winner is looking to become the first horse to win the race for the third consecutive year.

Only the great Red Rum has been able to win the Grand National three times. Rummy was successful in 1973 and 1974 and then completed his hat-trick three years later at the age of 12 in 1977.

If Tiger Roll is able to come out on top again, it would be one of the biggest storylines the sport has produced in a number of years. The Irish horse currently tops the betting at 7/1* but is yet to make his seasonal reappearance.

Gigginstown going for a record fourth win as owners

Gigginstown House Stud have won the Grand National three times. Tiger Roll has helped them take the trophy back to Ireland for the past two years, while Rule The World gave them their maiden success in 2016.

The Irish operation have a great chance of becoming the first owners to win the Aintree contest four times. They currently share the record of wins alongside James Octavius Mitchell, Noel Le Mare and Trevor Hemmings.

Gigginstown House Stud had eight runners in the race in 2019 and are likely to have a similar number representing them this year, including defending champion Tiger Roll.

We are still waiting for the first female jockey to win the Grand National. However, with so many female riders in the sport today, it should only be a matter of time.

Katie Walsh currently holds the record for the best finish by a female jockey in the race. She came back third on board Seabass in 2012.

Bryony Frost, Page Fuller and Bridget Andrews are just some of the female jockeys who are riding lots of winners this season. One of those women could make history in April, creating huge headlines around the world.

A record number of finishers?

The quality of horses featuring in the Grand National is getting better every year which means we could start seeing a lot more finishers.

19 horses completed the course in 2019 and that number could rise this year. The current record came in 1984 when 23 horses finished the race.

Champion Jockey Richard Johnson has the unfortunate record of the most rides without a win in the Grand National at 21.

Johnson first rode in the race in 1997 when he partnered with Celtic Abbey. Last April he was on board Rock The Kasbah who was brought down at the 19th fence.

For so long Johnson was in the shadow of Tony McCoy who ended his wait for Grand National glory in 2010 when Don’t Push It came out on top at the Merseyside course. If he is able to put an end to the record this year, racing fans will be delighted for the 42-year-old.