Cheat for a Treat: Over 700,000 Brits cheat on their partners as an annual indulgence

Over 717,000 Brits admit to cheating on their partner ‘as a treat’, according to a new study*.

The research from GrandNational.org.uk surveyed Brits on various pastimes they treat themselves to once per year, with 2% admitting to cheating on their spouse.

Respondents from Belfast were most likely to be disloyal to a partner (7%), with people from Southampton (6%) and Bristol (5%) proving not to be particularly faithful either. 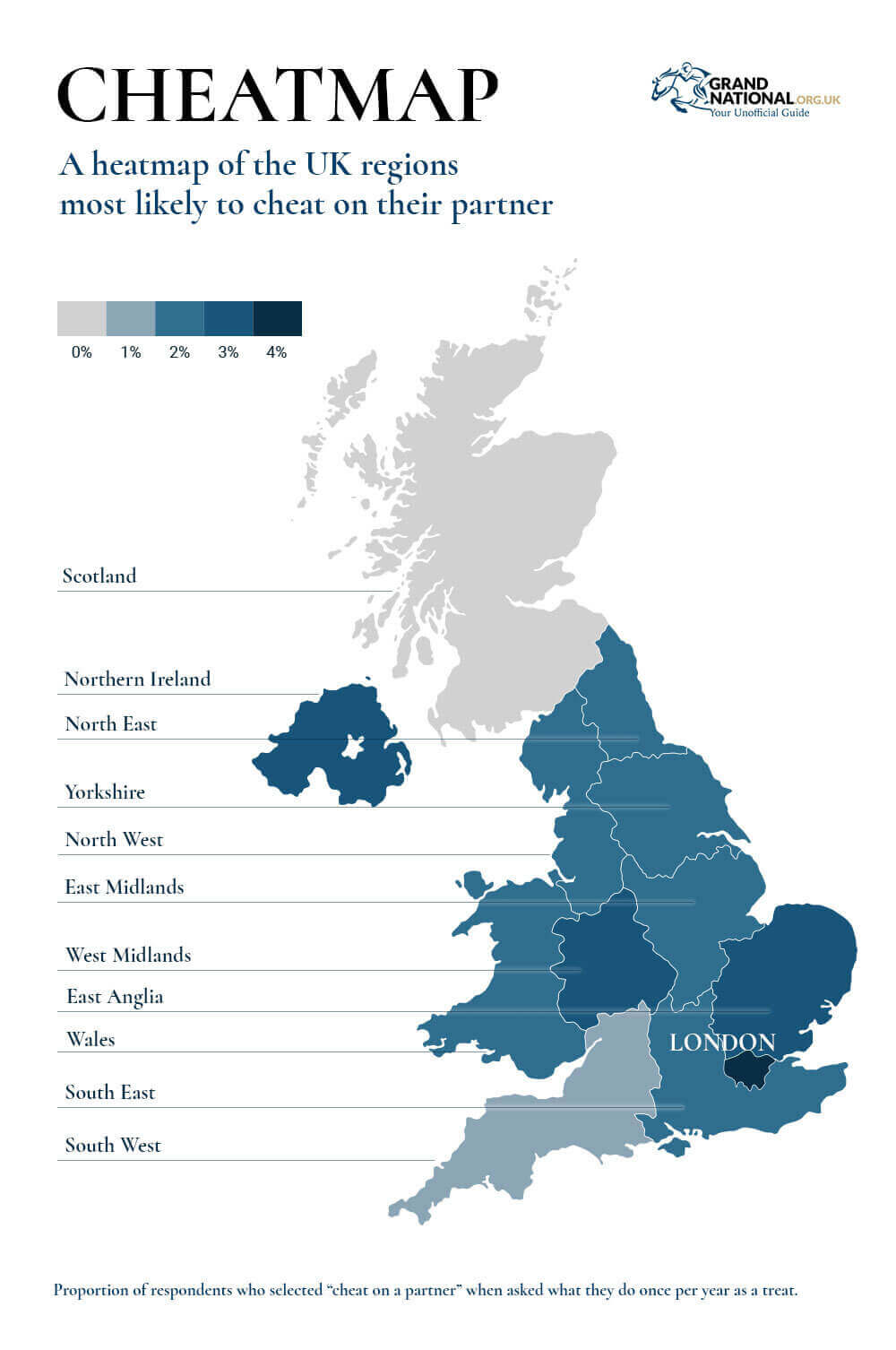 Other slightly riskier treats include skiving off work and spending a whole day naked, with 3% of respondents admitting to doing either one on an annual basis.

Going on a holiday ranked as the top yearly indulgence, while placing a bet on events such as the Grand National also featured in the top five. 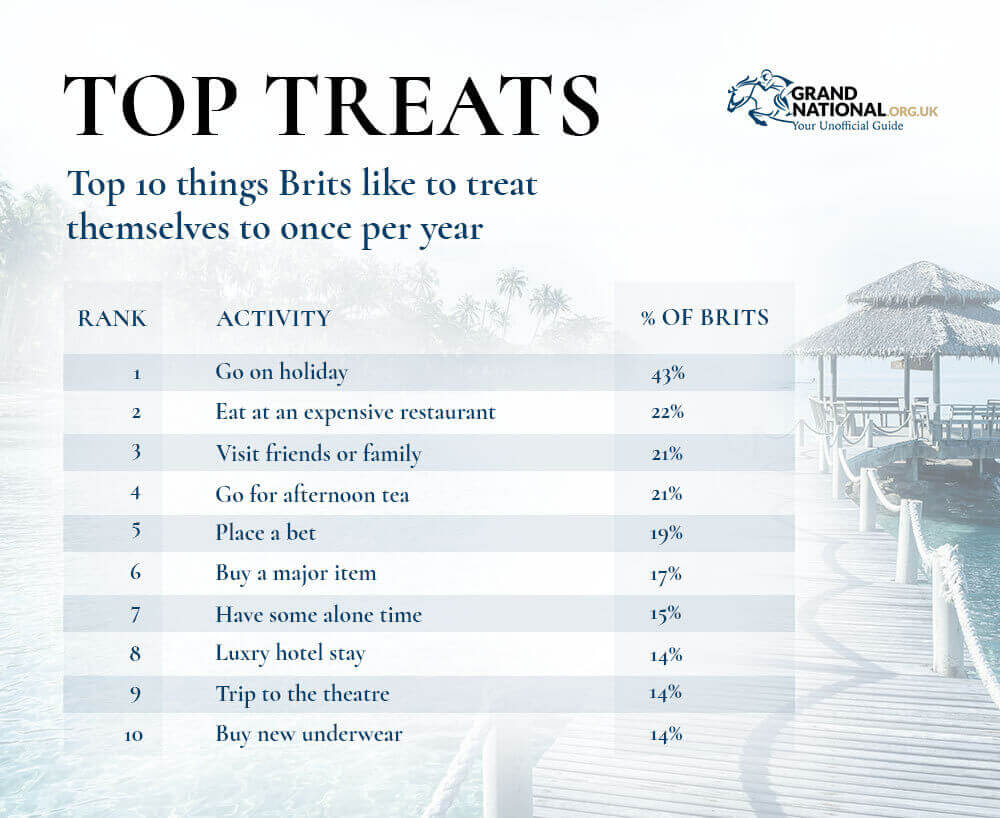 The study also asked Brits what activities they try to put off doing more than once per year, with 4% admitting to avoiding seeing their in-laws more than one day in 365.

Women (5%) are more likely than men (3%) to try steering clear of a mother or father in-law, while Bristol is home to those least fond of their partner’s parents (7%).

Various housework tasks dominate the list of activities people try to avoid most, but health and fitness also appears low on Brits’ agendas – over one in 10 Brits avoid exercising more than once per year (12%).

Top activities Brits try to avoid doing more than once per year:

Ahead of the Grand National on 10th April, respondents were also asked how likely they are to bet on the race, finding almost half the country will get involved, and 13% stated it’s the only event they ever put money on.

The race is most popular in Glasgow, where three in five people back a runner in the National. Punters are also well represented in Birmingham and Liverpool (57% and 56% respectively).

Methodology
· The research was carried out online by Research Without Barriers – RWB
· All surveys were conducted between 25th February 2021 and 1st March 2021
· The sample comprised 2,050 UK adults