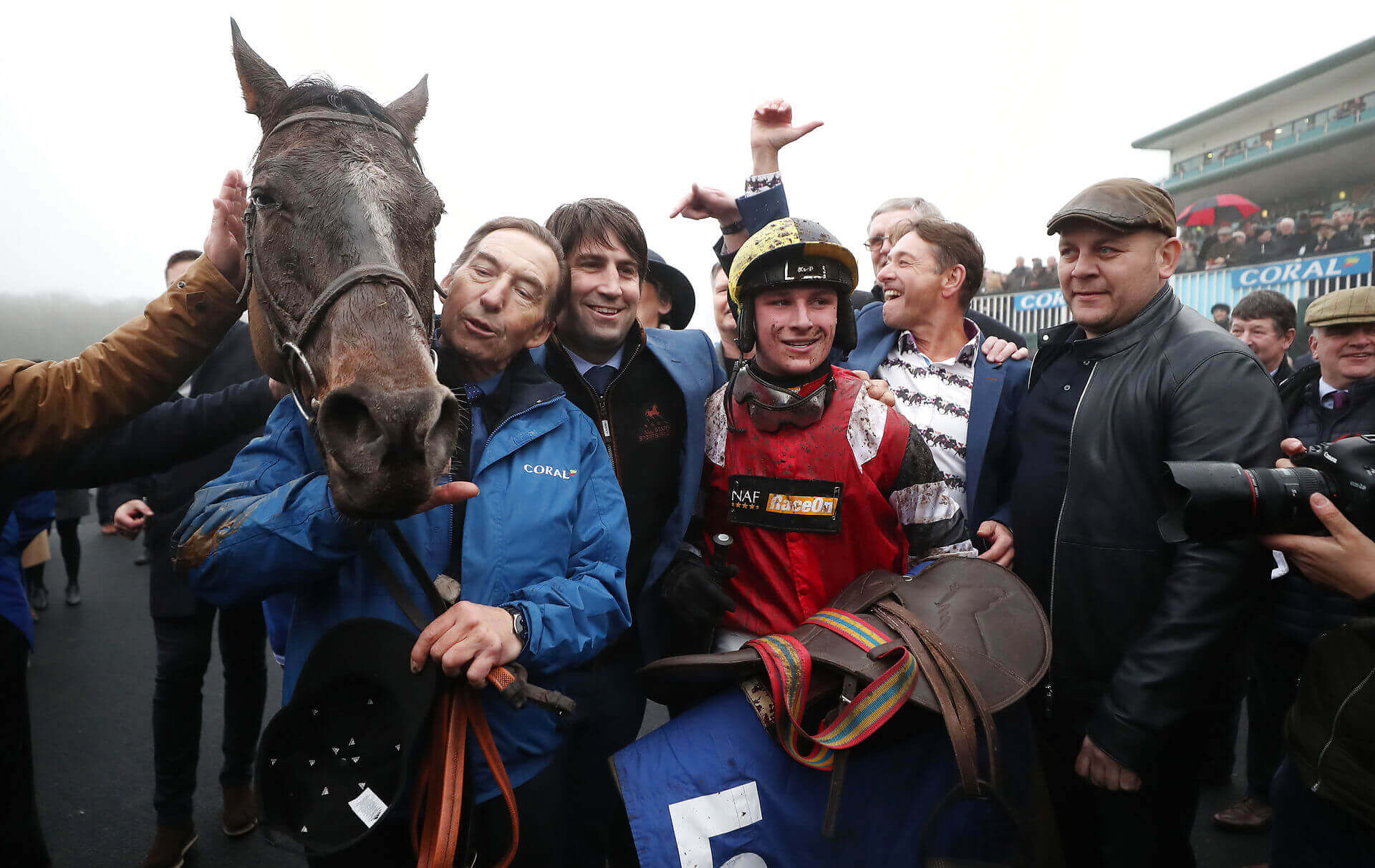 Paul Nicholls suggested he’ll now ‘have to stick him in the Grand National’ after watching Truckers Lodge finish a fine second in the Welsh National at Chepstow.

The race went the way of a home favourite as the Christian Williams-trained Potters Corner scored 7lb claimer Jack Tudor, having just his 15th success under rules.

Potters Corner was winning at Chepstow for the fourth time in his career. He landed a hurdles race there earlier this month but was scoring over fences for the first time at the track.

He had also won the Midlands National at Uttoxeter in March and could enter the picture for Aintree himself. Truckers Lodge on the other hand remains a chaser with plenty of potential.

He won a beginners chase at the Welsh venue in October on his third start over the larger obstacles and champion trainer Nicholls elected to keep his powder dry afterwards and come straight to the Festive showpiece.

Lorcan Williams’ mount didn’t disappoint and despite coming under pressure some way out, he stayed on stoutly to the line and passed the likes of stablemate Yala Enki and Prime Venture to finish nearest the winner – beaten less than two-lengths in the end.

Given his lack of experience, Nicholls was thrilled and he was most impressed with what Truckers Lodge showed over his obstacles. Uttoxeter could be on the agenda but so, too, may be Aintree in the spring.

“For his fourth run over fences, Truckers Lodge was awesome,” said the Ditcheat supremo.
“The race that screams out for him is the Midlands National. You would have to stick him in the Grand National, as although he has only had few runs over fences, he jumps brilliantly.”

Yala Enki and Bryony Frost were third jumping the final fence and stayed in that position but Nicholls sees clear echoes of Neptune Collonges, the grey that gave him his first and only success in the Merseyside marathon in a head-bobbing finish back in 2012.

According to Nicholls, Aintree is the target for Yala Enki, assuming he can convince connections that is the right path to go down. Conditions and the challenge offered by the Grand National would be to his liking.

“Giving all that weight away he ran well,” said Nicholls on the run of Yala Enki. “I’ve got to persuade the owner to let me run in the Grand National. He is just like Neptune Collonges – he stays and stayed on strongly [there].

“To me he would be ace around Aintree and they make sure it is soft around there. He doesn’t have to have a bog and Aintree always has plenty of cut in it now.”

Potters Corner was a popular winner, being part-owned by Wales rugby union star Jonathan Davies, who paid tribute to trainer Williams and teenage rider Tudor for their parts in the success.

“All credit to Christian – he’s been absolutely outstanding. He’s done an unbelievable job with him, and Jack, on this pretty hard day for racing, was fantastic. He gave him a confident ride and he’s definitely one for the future,” said Davies.

“This horse is part of the family with Christian. He’s done such a good job, having had a year out two years ago. It just shows the talent Christian has a trainer. I’m just over the moon for him.”