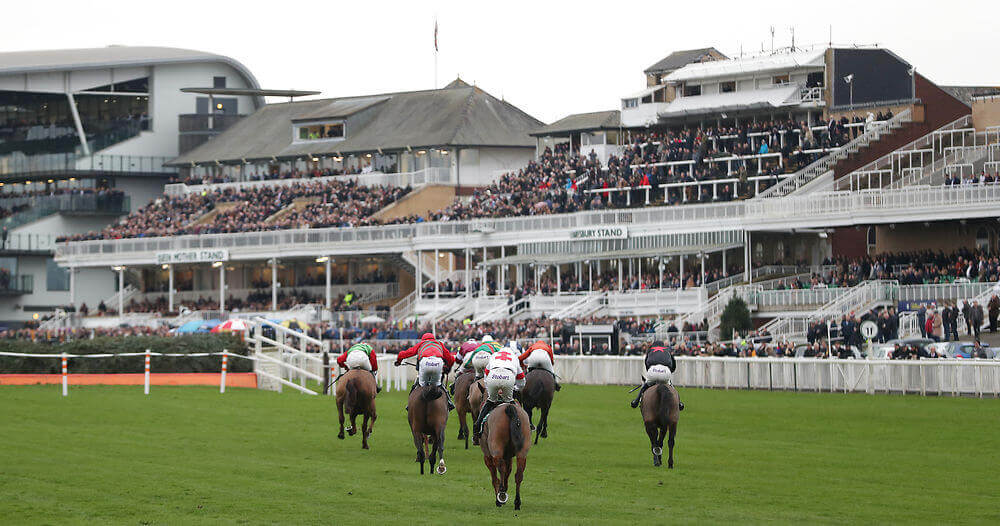 Aintree is set to stage racing over Christmas from 2023, it has been confirmed by the Jockey Club.

The home of the Grand National will replace Huntingdon’s traditional December 26th meeting from next year, ensuring racing at Aintree for the first time on Boxing Day.

The Merseyside track has staged fixtures during the Christmas period previously, with the two-day ‘Yuletide meeting’ taking place earlier in December between 1953 and 1964, but this will be their first time featuring on Boxing Day.

December 26th is traditionally one of the busiest days of racing in the calendar across Britain and Ireland.

While Aintree will be unable to trump the likes of Kempton’s King George card or the opening day of action at Leopardstown for sheer quality, they will hope to attract quality to their card, which is set to be run on the Mildmay and hurdles courses initially.

The decision to replace Huntingdon – also a Jockey Club-owned course – comes after the Cambridgeshire track’s Christmas meeting has been abandoned four times in the last decade and twice in the last four years.

Revealing the move, Dickon White, the Jockey Club’s regional director for the north-west, said: “I’m delighted to confirm that there will now be nine days of racing scheduled at Aintree in 2023.

“The addition of a Boxing Day fixture is a major boost to the Jockey Club in the north-west as we were previously without any racing on what is one of the busiest days of the year.”

White went on to reveal that the move is intended to be a permanent one, with Aintree set to remain on the Boxing Day roster.

“With popular fixtures at nearby Haydock either side of Christmas, the Boxing Day action at Aintree is the perfect fit,” he added. “The whole team at Aintree are thrilled and look forward to ensuring that Aintree on Boxing Day becomes a permanent fixture in local racing fans’ calendars.”

Huntingdon’s Boxing Day meeting last year consisted of four Class 4 and three Class 5 races, but details of what the opening Aintree Boxing Day offering will look like are not yet confirmed, with an increase in quality seemingly very probable.

Huntingdon regularly saw crowds in excess of 5,000 for their December 26th meetings, though that dipped to 3,109 last year following the Covid pandemic.

Racecourse general manager James Wilcox said the move would help provide the best possible racing surface through the winter programme at Huntingdon as he hinted that recent abandonments had played their part.

“Our Boxing Day fixture is one which regularly succumbs to the weather and has been abandoned twice in the last four years,” Wilcox said.

“This transfer will allow us to consolidate the top-quality jump racing that takes place during the core season and allow our racing surface to be at its very best for the fixtures in the winter period for customers to enjoy.”

By Enda McElhinney
Aintree is set to stage racing over Christmas from 2023, it has been confirmed by the Jockey Club. The home of the Grand National will replace Huntingdon’s traditional December 26th meeting from next year, ensuring racing at Aintree for the first time on Boxing Day. The Merseyside track has staged fixtures during the Christmas period […]

By Enda McElhinney
AP McCoy was, for a generation, the face of jumps racing but he could never quite manage to win the most famous race in a sport he dominated. Crowned champion jockey in Britain for 20 years running, McCoy tried and failed on plenty of occasions to win the Aintree Grand National. There was heartache and […]

By Enda McElhinney
Almost 50 years have gone by since Crisp became one of the most notorious Grand National runners-up of all time, and jockey Richard Pitman admits he still comes in for criticism even now. The big Australian chaser had won a Queen Mother Champion Chase at the Cheltenham Festival in 1971, but couldn’t secure the Gold […]
Bookmaker Offers