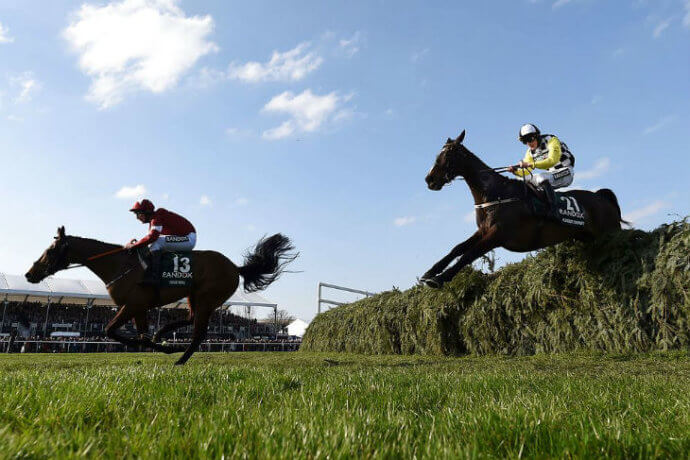 The Grand National at Aintree in April has become a regular fixture in Pleasant Company’s diary over the last few years, with Willie Mullins’ chaser featuring in the race in each of the last three renewals.

A fourth shot at the famous steeplechase looks to be on the cards again for the Irish horse as he looks to go one spot better than his runner-up finish in 2018.

At the age of 12, Pleasant Company is sure to be one of the oldest contenders in the field in 2020 although none of his rivals are likely to have more experience in this unique contest than the gelding.

Finished a head behind Tiger Roll in 2018

With David Mullins on his back, Pleasant Company was always prominent in the field and hit the front at the 18th fence.

A mistake at the second-last obstacle set him back a little but he finished the race strongly on the flat, eating into the 6L deficit he had to make up on Tiger Roll.

Although he fell just a head short, it was a fantastic run by the then 10-year-old as he was 11L clear of the rest of the pack headed by Bless The Wings.

Mistake four out denied him his chance last year

Pleasant Company went off at 12/1 in the betting last year, much shorter than he did in 2018, and those who had backed him were probably feeling good about their investment up until the fourth fence from home.

Paul Townend was on board and the pair travelled very well through the first circuit. They hit the front of the field at the 10th fence and disputed the lead until the horse blundered the fourth-last obstacle and unseated his rider.

That mistake denied racing fans the chance to see Tiger Roll and Pleasant Company battle it out once again in the run-in to the finish line at Aintree.

Just like his last two campaigns on the track, Pleasant Company is likely to be lightly-raced before featuring in the Grand National at the back end of the season.

The 12-year-old returned to action last month in a handicap hurdle at Navan. That outing was used to shake off the cobwebs. He was never really involved at the front end of the content and eventually came home ninth of the 16 runners.

Entry at Leopardstown over fences next month

One more outing before the Grand National in April looks to be on the agenda for the chaser. He has an entry in the Gaelic Plant Hire Leopardstown Handicap Chase early next month.

That run at the Irish track should sharpen up his jumping over fences. It will be his last run before the handicapper reveals the weights for the 4m2½f contest at Aintree.

Pleasant Company is now down to the same mark he finished second in the Grand National off in 2018. His run at Leopardstown could determine whether the gelding goes into this year’s renewal off his lowest mark yet.

Given how well he has done over the bigger fences before on Merseyside, Mullins’ runner is sure to attract lots of interest in the betting. He is currently a 33/1* shot for the race.