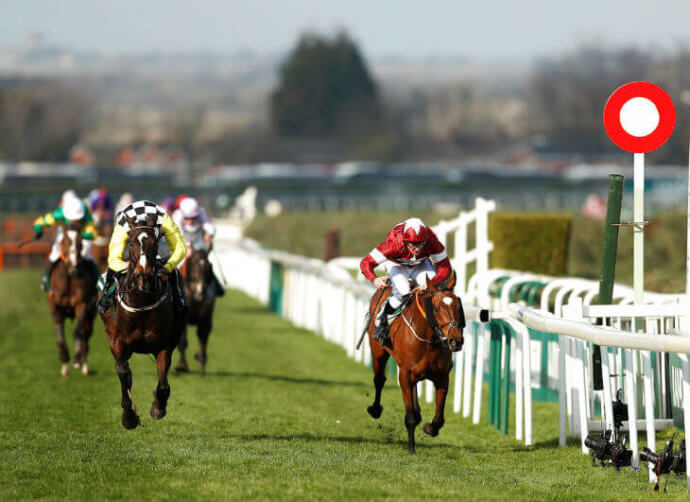 Perennial Irish champion trainer Willie Mullins has an embarrassment of riches in the staying chase department with reigning Gold Cup winner Al Boum Photo and his Punchestown conqueror Kemboy chief among them. It should be no surprise then that he looks to be assembling a deep squad of challengers for the Grand National.

Mullins has only won ‘The People’s Race’ once with Hedgehunter back in 2006 but after near misses with Rathvinden (third last year) and Pleasant Company (second in 2018) it looks high time for the master of Closutton to strike again in the world’s most famous steeplechase.

Last year’s Irish National winner Burrows Saint has long been the most fancied Mullins runner for the National with Aintree quite clearly the plan since his win at Fairyhouse in April. Aforementioned duo Pleasant Company and Rathvinden are also still on the scene and after winning the ?100,000 Thyestes Chase at Thurles forgotten horse Total Recall is also now one to consider.

In the 2017/18 season Total Recall burst onto the scene when winning the Munster National and Ladbrokes Trophy over fences and William Fry handicap over hurdles scooping over £230,000 in prizemoney along the way. After his Newbury win Mullins said of the son of Westerner “”I think he needs to improve 10lb to be a Cheltenham Gold Cup horse, but he could be a Grand National horse. That’s the route I would be going. We’ll see what the handicapper thinks. He might finish fourth, fifth or sixth in a Gold Cup but he seems to me to be more of a staying chaser than a Gold Cup horse.”

Mullins hopes were heeded as Total Recall did go to Aintree for the National where he was made 7/1 favourite. Uncharacteristically he made several jumping errors over the big fences before eventually pulling up as Tiger Roll beat Pleasant Company in a rousing finish.

The following season was disappointing for Total Recall. Seemingly too high in the weights for handicaps but not quite top class he faltered and was pulled up in the Irish National before heading to France where he struggled in high-class contests in the Spring.

By the start of this season there was a suspicion then that the now 11-year-old was a horse on the wane but in winning the ?59,000 Thyestes Chase emphatically at Thurles he proved that the fire still burns. He jumped particularly well down the back at Thurles before galloping on very strongly over the 3m1f trip to win by 5½L. After winning the Thyestes for a record eighth time, Mullins said “It was great to see Total Recall winning another big handicap, I didn’t think he could after winning the Ladbrokes Trophy and Munster National”.

Mullins added: “He stays and stays – he stays all day. After missing the break I didn’t think he had the gears to get himself back into contention. They went a strong pace up front and I think that helped him.”

It appears as if another National tilt must be on the cards for Total Recall who is currently a top priced 33/1* for Aintree glory. 11-year-olds do well in the National with three winners in the last eight years and with a revised handicap mark in the 150s only Aintree or Cheltenham for the Gold Cup are on the table as possibilities now.

Pleasant Company went close when his trainer’s second string on jockey bookings so one mustn’t be remotely concerned if stable jockey Paul Townend as expected rides Burrows Saint. Indeed, in the Thyestes Townend was aboard Acapella Bourgeois as Total Recall, the fourth most fancied of Mullins six runners in the betting was ridden by Danny Mullins. Total Recall certainly has the requisite stamina and big field know how for the National. Of course, his jumping is a slight concern but his odds could reflect value now given he was favourite in 2018.