The final Saturday in March is now established as the culmination of the Dubai Racing Carnival at Meydan and it concludes with the Dubai World Cup night; a glittering nine-race card with hefty prize money. The feature event is the Dubai World Cup itself, a 10-furlong (1m2f) race run on the dirt track which carried a winning purse in 2019 of around £10m.

World Cup Night at Meydan is one of the true global highlights on the racing calendar and an event not to be missed. It was scheduled to take place on Saturday 28th March 2020, with the concluding World Cup race due off at 5:40pm UK-time. However the event was cancelled due to health and safety protocol.

We will wait until 2021 to see the world’s best converge on Dubai to contest this contest. Sheikh Mohammed’s famous blue silks of Godolphin have been carried to success on eight occasions.

His runner Thunder Snow secured back-to-back Dubai World Cup victories in 2018 and 2019 and in doing so became the first horse to win the race twice.

Here are some of the leading contenders to win the 2021 Dubai World Cup at Meydan:

Age: 5 / Trainer: Brad Cox / Owner: Michael Dubb, Monomoy Stables Et Al
This fantastic race mare can mix it with the boys. Now a dual Breeders’ Cup Distaff winner, she has proven her credentials and should stay this extra furlong no problem.
MONOMOY GIRL TO WIN --

Age: 6 / Trainer: Saeed bin Suroor / Owner: Godolphin
Godolphin's leading hope of making it three-in-a-row, Benbatl was an impressive winner at Meydan in February on his first encounter with the dirt surface. He has since run well in the Saudi Cup (third) and this globe-trotting star is a major player going into the Dubai World Cup.
BENBATL TO WIN -

Age: 4 / Trainer: Bob Baffert / Owner: HRH Prince Faisal Bin Khaled
Just a place behind Benbatl in the Saudi Cup was American contender Mucho Gusto, trainer by legendary handler Bob Baffert. He had claimed the Pegasus World Cup at Gulfstream in January and is a top-drawer colt looking to give Baffert his fourth career victory in the race.
MUCHO GUSTO TO WIN -

Age: 3 / Trainer: Barclay Tagg / Owner: Sackatoga Stable
The brilliant winner of the rescheduled Belmont Stakes has plenty going for him as he heads into his 4yo season. The 1¼ miles around Meydan should suit and he would be a leading fancy for this race.
TIZ THE LAW TO WIN --

Age: 4 / Trainer: William Mott / Owner: Juddmont Farms Inc
Another American contender is Tacitus, who boasted smart three-year-old form last year and showed his well-being by running fourth in the Saudi Cup after a layoff. He laid claim to place-finishes in the Belmont Stakes, Travers Stakes and the Kentucky Derby last year and will race in the iconic Juddmonte Farms colours.
TACITUS TO WIN -

Age: 6 / Trainer: S bin Ghadayer / Owner: Sultan Ali
Sent off the 2/1fav in last year's World Cup, Capezzano trailed in last of a dozen runners as Thunder Snow scored again. He was a Group 3 winner earlier in the Carnival at Meydan over a mile but once again flopped in the Saudi Cup, trailing the entire field.
CAPEZZANO TO WIN -

Age: 5 / Trainer: S bin Ghadayer / Owner: Sheikh Hamdan bin Mohammed Al Maktoum
He became a sensation in the UK when winning seven of his first nine starts on artificial surfaces for trainer Mark Johnston in 2018/19, culminating in a demolition of odds-on favourite Wissahickon in Lingfield's Easter Classic. His second start at Meydan for trainer Salem Bin Ghadayer brought a five-length win in the Group 3 Al Maktoum Challenge over the World Cup C&D.
MATTERHORN TO WIN -

Age: 4 / Trainer: Hidetaka Otonashi / Owner: U Carrot Farm
The Hidetaka Oonashi-trained Chrysoberyl is in line to lead the Japanese challenge in 2020. He boasts impressive form in his native land but was well held in the Saudi Cup and must turnaround that form if he's to become the second Japanese-trained winner after Victoire Pisa in 2011.
CHRYSOBERYL TO WIN -

Age: 7 / Trainer: Doug Watson / Owner: Hamdan Al Maktoum
The son of Dubawi rewarded connections last year with two wins at Meydan though he came short as favourite in the Godolphin Mile on World Cup Night. Owned by Sheikh Hamdan Al Maktoum, Muntazah has plenty to find on figures to land this prize.
MUNTAZAH TO WIN -

Age: 4 / Trainer: Mark Casse / Owner: Tracy Farmer
The Awesome Again colt delivered some fine performances in the United States last season, including accounting for Tacitus when winning the Belmont Stakes. It's far from certain we've seen the best of him yet.
SIR WINSTON TO WIN -

Age: 8 / Trainer: S Seemar / Owner: Ramzan Kadyrov
A Meydan regular whose CV boasts a win over Thunder Snow over the C&D in 2018; though he'd prove no match for that same rival a month later or in last year's World Cup race where he was beaten 7½-lengths despite starting as second-favourite. He was down the field last time in the Saudi Cup.
NORTH AMERICA TO WIN -

Age: 4 / Trainer /Koichi Tsunoda / Owner: Katsumi Yoshizawa
A four-year-old trained by Koichi Tsunoda, Master Fencer contested the likes of the Kentucky Derby and the Belmont Stakes last year. He has four wins in a dozen career starts and scored on his most recent start in Japan; though this presents a much tougher challenge.
MASTER FENCER TO WIN -

Which UK Bookies can you use to bet on Dubai World Cup?

All the major UK firms tend to have the World Cup Night races priced up ante-post, with the likes of the following all offering markets on the Meydan card:

With more than £25m in prize money across the eight-race card, which also includes Group 1 races in the Al Quoz Sprint, the Dubai Golden Shaheen, the Dubai Turf and the Dubai Sheema Classic before the big event itself, the Dubai World Cup.

Entrants come from the United States, Australia, Japan, Hong Kong and Europe to bid for glory on this illustrious stage. 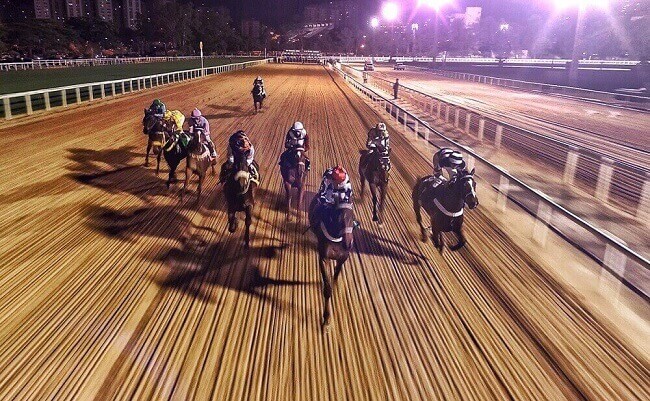 Dubai operates in the GMT time zone. That means Dubai is 5 hours ahead of the EST time zone on the eastern coast of the US. The Dubai World Cup race program begins bright and early at 7:45am EST with the Dubai Kahayla Classic. The race card runs until 12:40pm EST which is the Dubai World Cup post time.

Races from the Dubai World Cup card can be streamed online at Racing TV among other online wagering sites.